10 Most Controversial Tennis Players of All Time 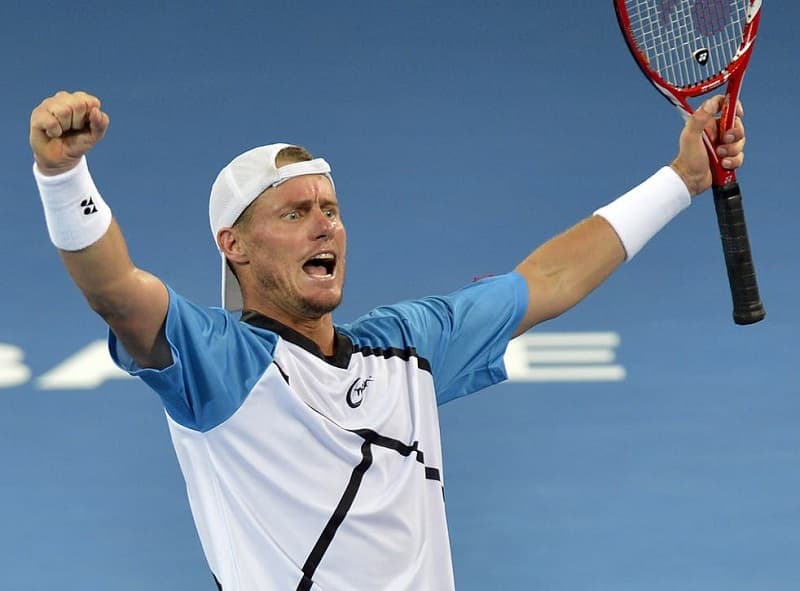 Tennis is a racket sport that can be played as an individual or as a team of two players. The Game is believed to be first played in the 19th Century in England, United Kingdom. The basic concept of the game is to hit a ball with a racket in the opponent’s court in such a way that the opponent is unable to hit the ball back. The player who is unable to return the ball will not gain a point, while the opposite player will. The racket has cords that help the player to hit the ball.

The game of tennis is governed by International Tennis Federation whose headquarters is situated in London, England, United Kingdom. ITF has formed 108 years ago on 1 March 1913 and currently, 211 National Associations are Members of the Federation. David Haggerty is the president of the ITF. The ITF organizes the Grand Slam events, annual team competitions for men (Davis Cup), women (Billie Jean King Cup), and mixed teams (Hopman Cup), as well as tennis and wheelchair tennis events at the Summer Olympic and Paralympic Games on behalf of the International Olympic Committee.

Top 10 Most Controversial Tennis Players of All Time

Sports is no stranger to controversies, may it be on field cheating, any aggressive move, inappropriate statement or off-field controversy. Some controversies are proved to be in favour of the player and give them fame while some defame them. Let’s have look at the 10 Most Controversial Tennis Players of All Time.

Daniel Köllerer is a former Austrian professional Tennis Player born on 17 August 1983 in Wels, Austria. Daniel was involved in lots of controversies like racial abuses to a Brazilian player by calling him monkey in June 2010 and for match-fixing in 2011. He became the first tennis player to face a lifetime ban for match Fixing. He was fined $100,000 USD by the Tennis Integrity Unit for this act.

John Patrick McEnroe Jr. is an American former professional tennis player born on February 16, 1959, in Wiesbaden, Germany. John was a very successful Tennis Player who attained world no.1 ranking in both singles and doubles with 77 singles and 78 doubles wins. Despite being such a good player, John used to remain in controversy due to his arrogant behaviour with umpires and tennis authorities.

James Scott Connors is a former American world no. 1 Tennis Player who was born on 2 September 1952 in California, United States. James is one of the most successful and prominent figures in Tenni.s, his achievements include eight major singles titles (a joint Open Era record five US Opens, two Wimbledons, one Australian Open), three year-end championships, and 17 Grand Prix Super Series titles. He was very aggressive when it came to Matches and that behaviour was clearly visible with chair umpires, the public and his opponents. His aggressive behaviour made him a hot topic of controversies.

Andre Kirk Agassi is an American former world No. 1 tennis player born on April 29, 1970, in Nevada, United States. Andre is an eight-time major champion and a 1996 Olympic gold medalist, as well as a runner-up in seven other Grand Slam tournaments. Andre became a controversial topic after his autobiography release where he shared topics about his drug problem, his lies, unhappiness and other things which no one knew.

Ilie Theodoriu Năstase is a Romanian former world No. 1 tennis player who was born on 19 July 1946 in Bucharest, Romania. Ilie was the first player to be ranked no. 1 on the computerized ATP Rankings. Năstase is one of the 10 players in history who have won over 100 total ATP titles, with 64 in singles and 45 in doubles. Ilie used to trash talk to players, break rackets when in anger and face criticism for painting his face black in a Doubles match.

Marat Mubinovich Safin is a Russian retired world No. 1 tennis player born on 27 January 1980 in Moscow, Soviet Union. Marat had anger issues on the court which included throwing rackets in anger, debating with chair umpires. He was also known for his nightlife, partying and driving fast and luxury cars.

Andrew Stephen Roddick is an American former world No. 1 tennis player who was born on 30 August 1982 in Texas, United States. Andy would sometimes smash his opponents, insult chair umpires, lose points and get penalties for silly reasons.

Michael Te-Pei Chang is an American businessman and former professional tenni.s player born on February 22, 1972. Chang is the youngest male player to win the Grand Slam Tournament at the age of 17 years 109 days. He was a topic of controversy due to his spectacular comeback in the finals.

Ernests Gulbis is a Latvian professional tennis player born on 30 August 1988 in Riga, Latvia. Gulbis is known as the wild child of tennis because of the controversial statements made by him. He used to do trash talking and thought that tenni,s should be like boxing and many players did not get along with him.

Lleyton Glynn Hewitt AM is an Australian professional tennis player and former world No. 1 born on 24 February 1981. He was involved in a racism dispute while playing James Blake at the 2001 US Open. He behaved very intensely in court which landed him in controversies.