Which player in cricket achieves the top ICC rank by playing the lowest cricket match? 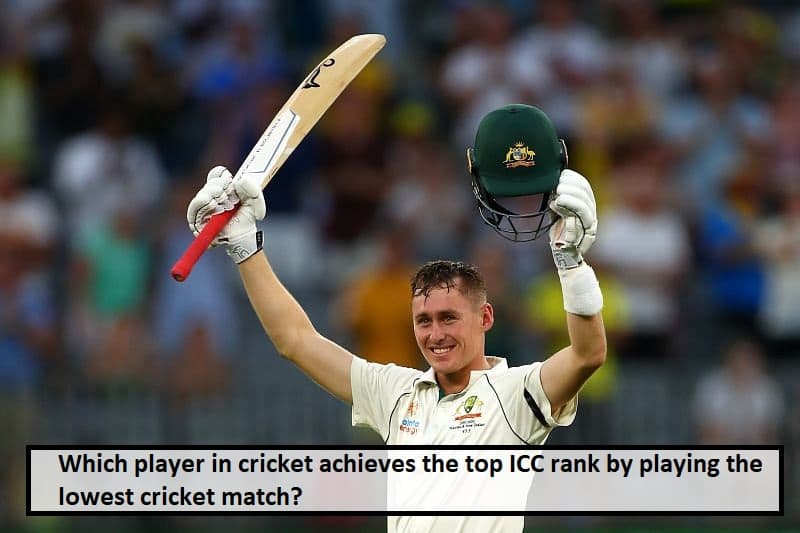 The rankings procedure is totally mechanical no human intervention is been scheduled. The rankings also depend on how a player plays for his team in a pinch situation. If he leads his team to win the match then his point is increased and sent up or down according to the rankings system.

Players are ranked on the position on the basis of their skills and performance but the number of Matches they have shown consistent performance also matters the same. Here is some player who had played considerably lower matches but are ranked on the table in the top 10 positions. Take a look at Top ranking players from all the formats of international cricket. The rankings are on the basis of points scored by them out of 1000 points in total.

Marnus Labuschagne Australian right-handed batsmen are leading the ICC test Ranking at a minimum number of test matches. He had played 22 test matches with a score of 2171 in the test format. Marnus is been ranked in the first position with the highest-ranking points. He had scored 924 ranking points out of 1000 in just 22 test matches in his career.

He also ranked at 60th position in ODI test matches as he had just played about 13 matches in ODI formats in his whole career still manages to keep his record intact in ICC rankings. He had contributed about 473 runs in just 13 innings of his career in ODI matches with an average of 39.4 runs per match.