Who won the Maximum Titles in IPL Cup? 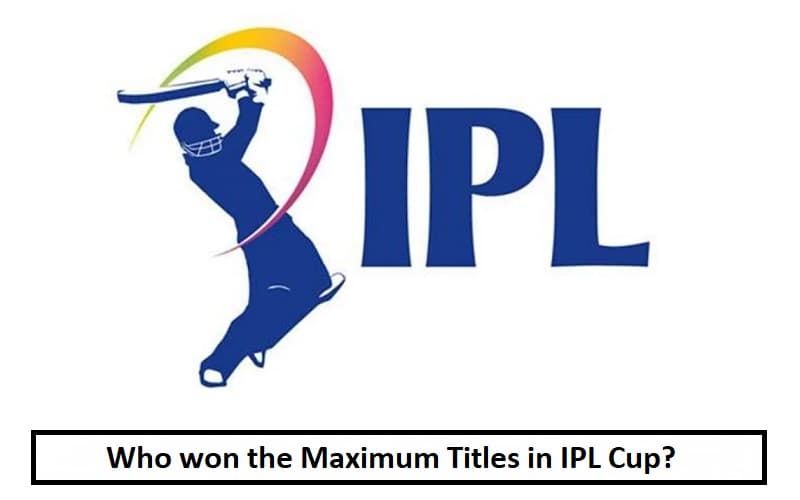 Indian Premier League is the domestic cricket contest in India, which goes by the name IPL. It was inaugurated in the year 2008 with 8 franchise teams participating. All these teams are based on the cities and places of India. The format of the game is similar to that of all other cricket leagues across the globe. The players play in a round-robin format with 20 overs on each side.

IPL 2021 was the first time where the contest was conducted in 2 phases outside India, in the United Arab Emirates. Last year IPL got delayed due to the ongoing Covid-19 pandemic. So the makers had decided to conduct the game on a further date. As we speak of the teams, the players get cash prize worth millions and the team get awarded the IPL Cup of that year. The highest number of IPL titles was won by is Mumbai Indians. So let’s take a look at the team’s details.

Mumbai Indians- the most successful Team of IPL

Mumbai Indians is a team that is based in the city of Mumbai, Maharashtra. It comprises domestic as well foreign players. The team is owned by India’s biggest conglomerate, Reliance Industries. They play their home matches at the Wankhede Stadium which has approximately 33,000 seating capacity.

Mumbai Indians are currently captained by Rohit Sharma, and coach Mahela Jayawardene. Mumbai Indians have won the IPL title five times, which makes them the most successful team in the League. Players like Malinga, Rohit who was the leading cricketers had a huge role to play in winning the title.

Players and the Years of winning titles

Mumbai Indians are one of the inaugural franchise teams that were established in the year 2008. In the initial years, the team struggled a lot. As we know that the players are put to auction before the new edition of IPL is conducted, by BCCI. Soon MI bought Kieron Pollard. The team retained its Ace players, Sachin Tendulkar(Indian Batsman), Malinga(Sri Lankan Bowler), Harbajjan(Indian Bowler). In 2010 they managed to reach the finals but were eventually defeated by CSK.

In 2013, Mumbai Indians performed like a soaring eagle and swamped every team in its way, thereby winning their first league title defeating Chennai Super Kings. Soon they also achieved their second title in the year 2015, defeating CSK once again in the finals. In 2017, they won their third league title against, Rising Pune Supergiant. They won their next two cups consecutively in the year 2019 and 2020.

Mumbai Indians and their Rivals

Mumbai Indians are undoubtedly the most successful team since it has won the league title the maximum number of times. However, they still have tough competition to face against Chennai Super Kings who have won 4 titles as well. Both these teams have faced each other a lot of times before and also found themselves in similar situations, like the 2011 finals, 2013 finals.

MI and CSK when head against each other bring a lot of tension to the ground and provide their fans a thrilling match as expected. They are often referred to as ‘Big Splenders’ at the IPL auction and their rivalry as EL Clasico of IPL.