Why do people think IPL cricket is not just cricket? 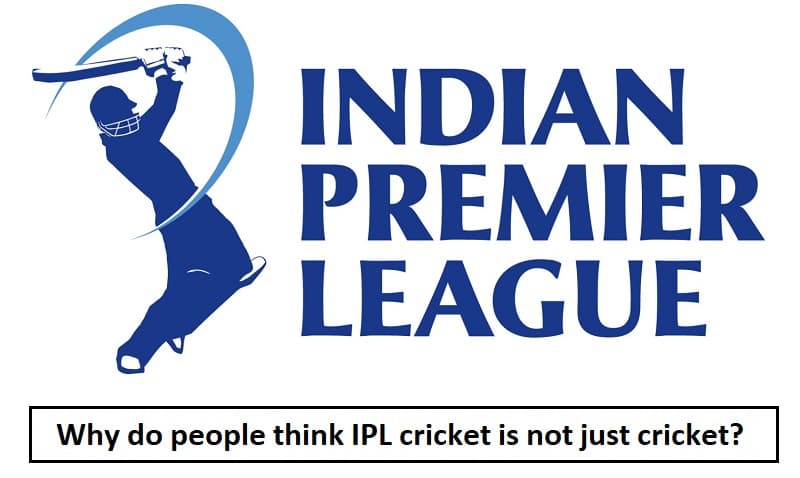 Indian premier league the top T20 format in India has its own aura. IPL is not just called a cricket match but is also named as a seasonal or annual fest of India. Were various cricketers from overseas who traveled to our country and participated in our tournament. This fest is famous all over the world and one of the profitable leagues among the cricket tournament.

Indian premier league surely creates a tour area around the whole world as the Matches are scheduled all over India. True and die Hard fans of the team travel overall to India to enjoy the match. Competitive games are not enough to define the Indian premier league it’s joined by our people’s emotions and support for the team.

The game just does not display which teams win the match. The league display all of his player who is participating in the league and their emotions and support to the team. IPL allows 4 international players in the team to keep a balance and provide the national players a chance to perform in the league. Dubai hosted the previous IPL which naturally increase the number of tourists in their country.

At the 2019 IPL12 season which was conducted in India were no COVID had entered the scene. It was the best IPL watchers ever had as Mumbai Indians have won the trophy and fans could watch the emotions from a close view. Fans followed all over the country to support their teams and those who could not follow had supported them by sitting at home and praying for them. Still, we remember the final day where MI won and the sky was filled with firecrackers in Mumbai.

Indian premier league is a concept where teams have to play 12 matches before qualifying for the league in various venues including their home stadium. As per the COVID, protocols traveling may be hazardous for the cricketers for their safety IPL is been shortlisting down few stadiums nearby which can cut the traveling part of the Players. Stay updated on the page to get live updates on the venue that decide to host IPL this year.