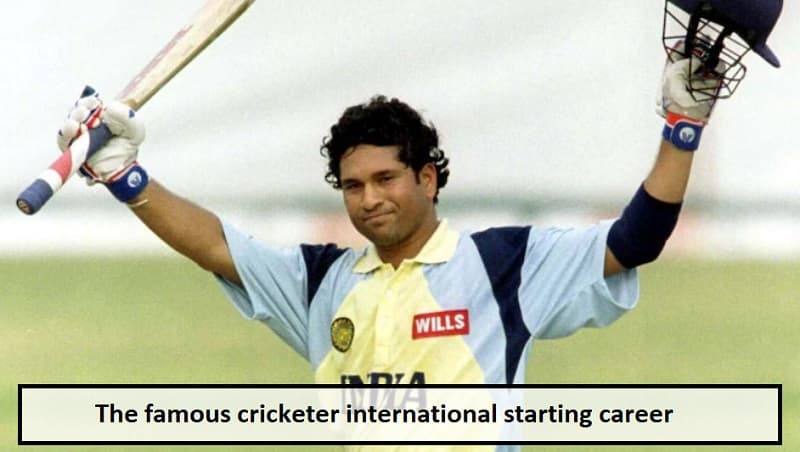 Cricket is a game that consists of 2 teams on the field with 11 cricketers playing at a time. Cricket is a bat n ball game with a professional touch. Over the last two decades, cricket has gained the most amount of recognition as a sport. Moreover, the players have been given support and love by the fans.

The Cricket lovers have showered their love for their favorite players through messages and social media reach. They keep eyeing the celebrities and want to know more about them. They are keen to know what is the background of the player, the stories, and the lifestyle before and after becoming a cricket player. So here we present stories of 5 such players whose international career in cricket is worth knowing.

Take a look at these five people who had chosen, cricket as a part of their cricket career.

One can never leave this legendary cricketer behind when it comes to Famous International cricketers. Sachin Tendulkar is a retired Indian Cricketer who has represented India as the top-order batsman in all formats. His Cricket career started off very soon when he was just 13 years old. In 1988 he made his debut in the cricket sport as a part of the Indian Cricket Club.

He made his first ODI Debut on 18 December 1989, which was the match scheduled against the arch-rivals, Pakistan. Since then he hasn’t hit the pause button on any of the matches. He is been regarded as the master blaster as he has bagged himself the maximum number of runs in his entire cricketing career.

He is a former Australian cricketer who is currently the cricket coach of the Australian team. He has played and represented his team in all formats during his years. His International cricket career started off quite late, but he had the best of the years. Hussey had earned the Australian Cricket contract in the year 2004–05 after he excelled in the ING Cup.

Without a doubt, Hussey’s international career was very successful, in his career batting average in Tests was 51.52 and in ODIs 48.15. What makes him so interesting is that he had managed to get a score of 60 runs with just 24 balls, in the T20 format of the international series. He had been the highlight of that season of Cricket, 2010.

Another most famous cricketer on the Australian team, Glenn Maxwell. He had also started his cricket career internationally, a bit later. The 33-year-old Australian all-rounder currently plays for his team in ODI and Test formats. He began his cricket career internationally in 2012. Maxwell had given his ODI debut for the team Australia against Afghanistan in the United Arab Emirates in 2012.

Maxwell had shown his services for the team for thereon. He had given some valuable inputs to the team. However, recently the player announced that he is willingly taking a break from playing cricket because of mental health. This created global news and till now is appreciated for becoming upfront about it.

Captain Cool as we say, Mahindra Singh Dhoni has had a most interesting life story till he debuted in his first International Career. The former Indian captain, who has exceptional batting and strategic skills, made his international debut in 2004. His talent with the bat had come made him score a total of 148 runs against Pakistan in his fifth international match.

The boy from Afghanistan, Rashid Khan is one of Afghanistan’s beloved cricketers. He was one of those eleven cricketers that the selection committee had chosen for Afghanistan’s first-ever Test match, against India. The young bowler made his first international debut in the ODI format against Zimbabwe in the year 2015.

In 2017, Rashid Khan had picked a five-wicket haul against Ireland in T-20 International format. Since then his stories and plays at the matches have been more of the favorite moments globally.