He was a great all-round cricketer from the West Indies 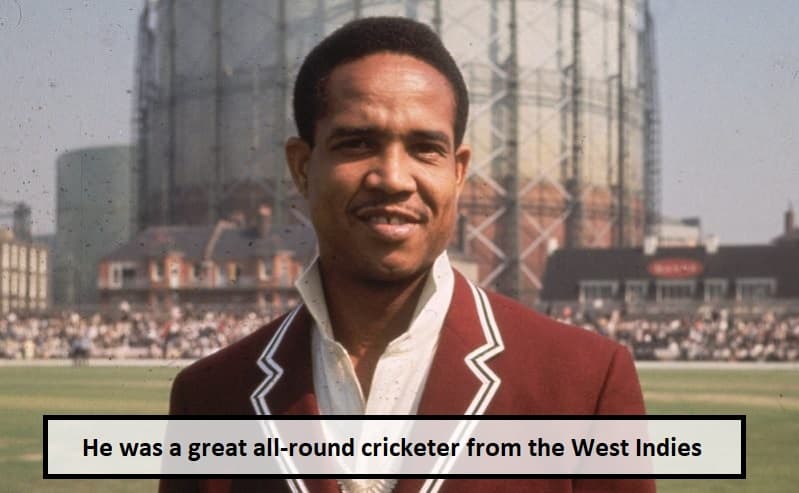 Cricket is a game that is played by Batsmen and Bowlers. Few master the skill of batting whereas few can deliver balls precisely. All Rounders are the players that can do both, though they are better in one than the other still they can perform in both aspects when needed.

Many countries have produced many great Batsmen and Bowlers. Many All-Rounders are part of teams and have played a very crucial part in making their teams champions. Today we will be looking at one such all-rounder who was a gem of the West Indies Team.

Sir Garfield St Aubrun Sobers is a legendary Barbadian Cricketer born on 28 July 1936 in Barbados. Garfield Sobers was considered one of the greatest players of all time. Sobers played as an All-Rounder for the West Indies team.

He was known for his aggressive batting and skilled bowling, apart from these two he also was an excellent fielder. Sobers played for West Indies for a span of 20 years that started in 1954 and played till 1974. Sobers took many Wickets and scored many runs in that period.

Sobers made his Test debut for West Indies on 30 March 1954 against England and he only played one ODI against England on 5 September 1973. He however did not score any runs and got out in duck in that one match.

Garfield Sobers has played 93 International Test Matches in his career and has gone to score 8,032 in those matches. He has a Batting average of 57.78. In his International Career, he has scored 26 centuries and 30 half-centuries and has a high score of 365 not out which was later broken by Brian Lara.

He also was a brilliant bowler, he has taken 235 Wickets in 93 matches and has the best figures of 6 Wickets for 73 runs. Garfield without any Doubt is the greatest All-Rounder to play the game both for West Indies and in the world.