Which Indian cricketer has led the team in most Test matches? 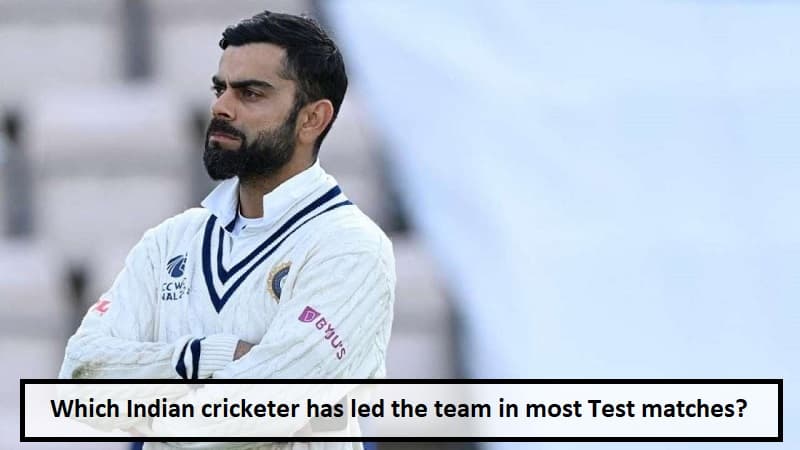 Test cricket is the oldest form of Cricket played to date. It is considered as the purest form of cricket played for 5 days with each team batting and bowling twice. Test cricket is very tough to play as it requires lots of patience and skills to play for continuous days. Many teams have done that and have excelled in the format.

To make a team successful in any format, the role of captain is very important. They lead the team and guide the players on how to perform. Currently, the Indian Test team stands on the top of the points table of ICC Test Rankings. It’s not easy to take the team to such a height, the captain has to take risk and even has to take some harsh decisions for which he may face a lot of criticism.

INDIAN NATIONAL CRICKET TEAM attained Test status in the year 1931 and played their first match against England which started on 25 June 1932 and ended on 28 June 1932 and was played in the iconic Lords Stadium in London. Since then, India has played 560 Test Matches in which they have won 166 matches and lost 173 matches and 220 matches were drawn.

In the span of 90 years, India has seen many Captains taking hold of the team. Some took the team to new Heights and broke records while some did not perform as per expectations. Currently, the Captain post of the Indian Test Team is vacant as the former Captain of the Virat Kohli resigned from the post after a series of defeats against South Africa. Let’s have a look at the captain who has led the Indian team in the most number of the Matches.

Captain to lead Team India in Most number of Matches

Virat Kohli is the captain who has led the Indian team in the most number of Matches. Kohli has captained the Indian Test Team for seven years and has achieved many feats in his span. He has led the Team in 68 matches which is the most by any Indian Captain. In 68 matches, India has emerged winner in 40 which makes him the most successful Indian Test Captain and the Fourth most successful captain in the world.

Kohli became Test captain in 2014 after MS Dhoni stepped down as captain following defeat against Australia. Under Kohli’s captaincy, India has never lost any Test Series in home soil. He has maintained a 100% win record at home and they became the first Asian Country to win a series on Australian Soil. Seeing the stats, we cannot argue that Kohli is one of the greatest captains.