How many MVP does LeBron have? 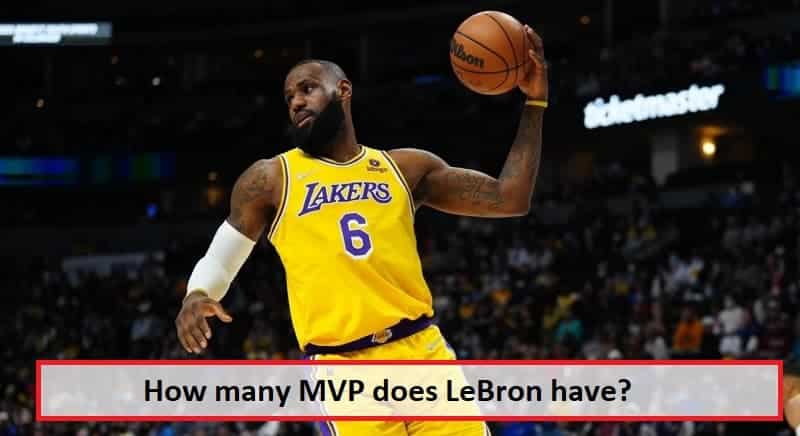 LeBron James is a small forward who plays for NBA franchise Los Angeles Lakers. Nicknamed King James, LeBron is one of the greatest players in basketball and is often compared to Michael Jordan. LeBron James has played for various teams in NBA.

Apart from these four NBA championships, James has won various individual awards such as the final MVP and MVP awards. James was an NBA all-star team 17 times. He even has one bronze and two gold medals in basketball in Olympics.

LeBron James has won the 4 most valuable player awards in his career. He won these awards in the year 2009, 2010, 2012, and 2013. In 2012 and 13 LeBron James also won the NBA Championship with Miami heats. With all these trophies and achievements it is clear that LeBron James is one of the greatest players to play the game.

From all these facts one thing is clear winning an MVP is not a cup of tea for everyone. It requires lots of skills and hard work to be named as the most valuable player. So let’s have a look at other winners who have won this award multiple times.

Kareem Abdul Jabbar has won 6 MVP which is the most by any basketball player. He won 3 MVPs with the Milwaukee bucks and 3 with Los Angeles Lakers. Kareem is one of the greatest players of basketball.