Top 10 Football Defenders Of All Time 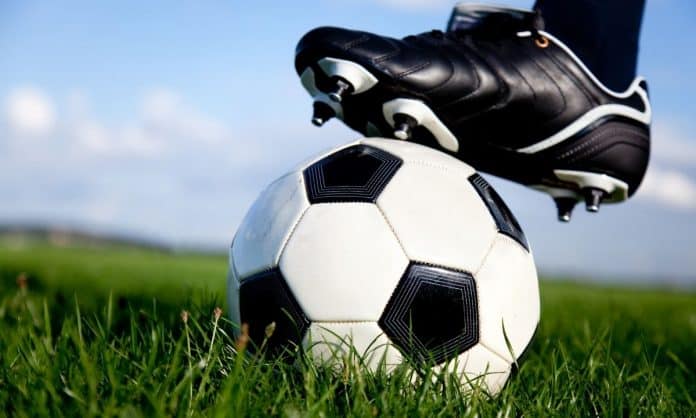 Top 10 Football Defenders Of All Time

The game of football has become a global phenomenon, and the sport is played and enjoyed by millions of fans across the world. There are professional leagues in nearly every country, a wealth of international competitions, and a fast-paced industry comparing the best sports odds on everything from the first goal scored to the color of the referee’s shirt.

Football is a sport that requires great skill, speed, strength, endurance, and agility, and defenders play a vital role in helping to prevent goals from the opposite team. There are a huge number of incredible players – but which have made the history books as the best of the best? We took a closer look.

The top 10 football defenders of all time are:

Ruud Krol is often cited as one of the greatest Dutch players in history, with his career spanning over two decades, and an impressive six titles under his belt – including back-to-back European Cups. He was part of the Netherlands’ national side for more than 20 years, and holds the record for most appearances at an official FIFA World Cup tournament, having appeared in three tournaments.

He boasts 83 caps for the Netherlands and scored a legendary 25-yard goal at the 1974 World Cup.

Franz Beckenbauer was born in Berlin, Germany, and began playing football at the age of eight. His early career was spent at TSV 1860 Munich, where he became a prolific goalscorer. In 1971, he joined FC Bayern Munich, where he would spend the next 12 seasons. During this period, he helped lead Bayern to four Bundesliga titles, as well as three European Cup victories.

Beckenbauer is often credited with the concept of the modern “sweeper” position in football, and his skills helped lead Germany to victory in the 1972 European Championship as well as the 1974 World Cup, and retains the honor of being one of just three players to have secured victory in the World Cup as both a manager and a player – pretty impressive!

Paolo Maldini was born in Milan, Italy, and began his playing career with ACF Fiorentina., but is best known for an impressive 25 seasons with the Milan side – a feat that saw him earn 26 accolades that included seven Serie A Scudettos and five Champions League titles.

In addition, Maldini earned an impressive 126 caps for his team, participated in three European Championships and four World Cups, and made the All-Star team in five out of seven tournaments – this is a player who has more than earned his place in the defenders’ hall of fame.

Franco Baresi was born in Rome, Italy, and began playing football when he was just nine years old. He boasts a 20-year career at Milan – with appearances in 531 matches – and has led the team to three UEFA Champions League titles, as well as six Serie A accolades.

1999 saw him named Milan’s player of the century.

Baresi has also appeared at three World Cups, securing a win in 1982, as well as the 1984 Summer Olympics and two European Championships – all while collecting a cool 81 caps over the course of his career. As an added bonus, he has acted as captain of both the Milan and Italy teams, lending years of experience to bring his teams up to scratch and secure numerous victories.

No list of legendary defenders would be complete without West Ham legend Bobby Moore, a player best known for captaining England to World Cup glory in the legendary match of 1966 – a feat that has secured him a permanent place in the football hall of fame.

Moore has 108 caps to his name – bringing him second only to David Beckham – and his fame is such that he now enjoys immortality in the form of a bronze statue outside the home of English football: Wembley Stadium. As if that wasn’t enough, Moore was cited by Pele as being the greatest defender he had ever played against – a pretty impressive compliment!

Rio Ferdinand was born in Leeds, England, and began his career with Manchester United, making his debut in 2002. Since then, he has become one of the most influential defenders in world football, earning 82 caps and scoring 6 goals.

Cafu was born in São Paulo, Brazil, and began his professional career with Santos before moving to Roma in 1987. There, he became one of the most successful center-backs in Italian history, helping the club to their first scudetto in 1988, and later leading them to the 1994 Coppa Italia title.

He was capped 57 times for Brazil between 1985 and 1992 and won the 1986 FIFA World Cup, where he scored twice in the final – including the opening goal against Germany. In total, Cafu has amassed 56 international caps and 3 goals and was named Brazilian footballer of the century in 2000.

Sergio Ramos was born in Madrid, Spain, and has led his team at Real Madrid to victory on a number of occasions, as well as helping Spain to lift the World Cup trophy in 2010. With four Champions League trophies for Real Madrid and a game-changing goal under his belt, it is easy to see why Ramos is so popular.

Dani Alves was born in Porto Alegre, Brazil, and is perhaps best known for his stint at Barcelona, where his play alongside Messi went down in football history. Alves has stints as captain and a Copa America campaign under his belt and has even represented Brazil at the 2014 World Cup. He has made over 100 appearances for Barça and Brazil and is a player of serious note.

With 17 major titles over a 17-year career, Tassotti is a legend in AC Milan, as well as the wider world of football. With consecutive Champions League titles under his belt, Tassotti is a name that has earned his place in our Hall of Fame.

Football is a beautiful sport, but its popularity lies in its ability to bring people together from all walks of life. The defenders who have helped lead their team to victory deserve all the acknowledgment and success as they continue to inspire future generations of players and fans.