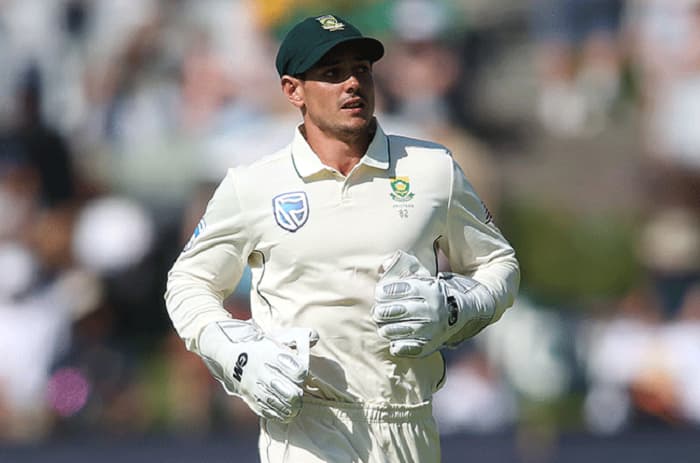 After suffering from defeat against India in First Test, de Kock surprised and shocked everyone by announcing his retirement from Test cricket with immediate effect. After India, won the first Test match played in Centurion, de Kock announced that he is going to retire from the Test format of Cricket and will now focus on limited overs.

Reports say that he wants to spend time with his wife and family so he took this decision. However, de Kock will continue to play for South Africa in the limited-overs format and we would love to see him play limited over for a longer duration.

Quinton made his Test debut on 20 February 2014 against Australia. He scored seven runs in his first innings and 34 runs in his second innings in his debut Test. Quinton became the fastest wicketkeeper to take 150 test dismissals in 35 matches in a Match against Sri Lanka on 22 July and then the fastest wicketkeeper to effect 200 dismissals in 47 matches in the fourth test against England on 27 January 2019.

He has scored 3,300 runs in 54 matches in Test cricket with a Batting average of 38.82 and a top score of 141 runs not out. These runs include 6 centuries and 22 Half Centuries. In Cricket South Africa’s 2017 Annual Awards, he was rewarded as the Cricketer of the year.

He has wished luck to his teammates for further test matches and will be glad to play with them with the white ball in the limited-overs format. Fans would also be very pleased to see him play.