When was cricket removed from the Olympics? 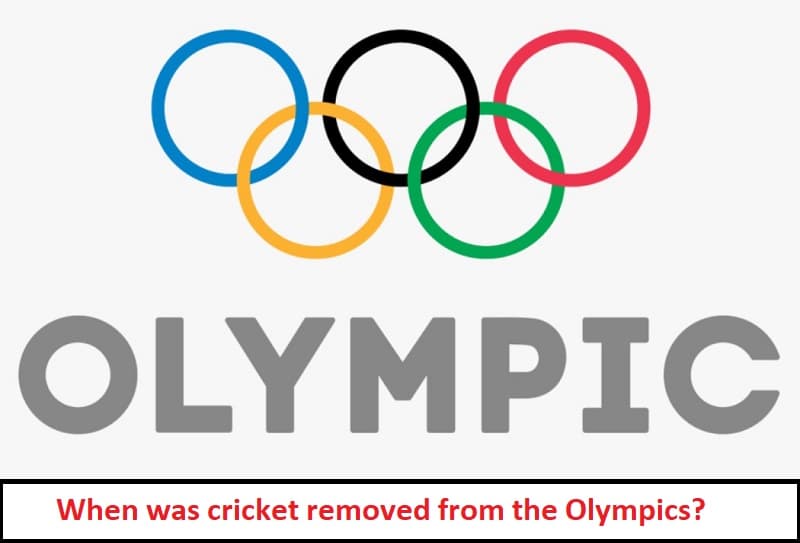 Olympics is a multi-sport international event that is conducted once every four years. It consists of sports like tennis, badminton, archery, swimming, and athletics. Some of these events have been introduced recently like skating, skateboarding, etc. However, cricket was also in talks to be reintroduced as an Olympic game. Initially, it was first played in the year 1896, Summer Olympics in Athens.

Later on in the year 1904, Summer Olympics the cricket event for that year was canceled due to some reasons by the officials. There were many issues that arose because of which the decision to abort the sport in the Olympics was finally taken. So here let’s take a look at the reasons Why the sport cricket was removed from the Olympics.

Two of the most powerful governing bodies, the Board of Control for Cricket In India and the England and Wales Cricket Board have long been opposed to the return of the sport. They have been unwilling or reluctant to return to the Olympics. It was noticed that in case the sport is re-introduced then there will be a category for women’s cricket as well.

It was also realized the format would have eight teams, which will be split into two groups before two semi-finals and two medal matches. This will be similar to that of Twenty20 cricket, which is the shortest of the three formats of the game. The main issue that was faced while arranging the game was the facilities.

1904-the year Cricket Was removed from Olympics

According to my sources, the reasons cricket was not included after the 1904 Olympics include lack of consistent participation and lack of attention towards it. A few reasons why it was annulled as a sport in the Games is that it requires logistic arrangement. Cricket grounds need to be specifically made; you can’t hold any other sport in a cricket venue unless the entire tournament is over

Another reason is that it takes quite a long time to finish, cricket is a lengthy sport that consists of 50 overs. which nearly takes 4-5 hours. Even the shorter version of the series, T20 takes 3 hours to finish. And so, it also causes so much of expenses.