10 Most Popular And Best Sports For Girls 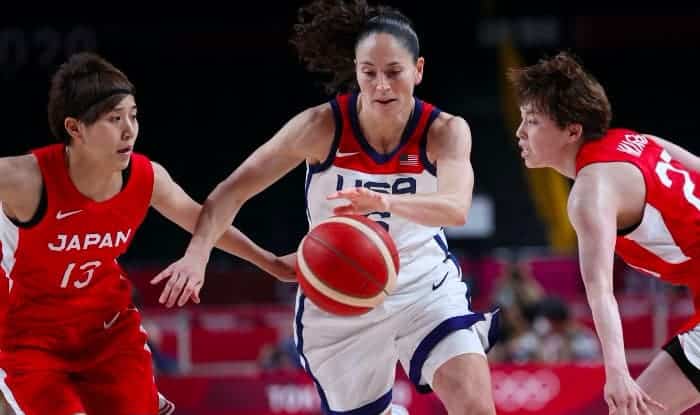 Sports is a physical activity that one must definitely make a part of their lives in order to keep themselves active. Over the years people have seen various changes in sports. There are so many varieties of sports events that people can explore such as, Ice hockey, beach football, skateboarding. The athletes and sports stars earn a charming amount of salaries through sports. Most of the richest people are famous sports personalities. Check 10 Most Popular And Best Sports For Girls.

Sports is one platform that does not differentiate in terms of gender. You require skills and talent to succeed. The sports world has always given opportunities to women who aspire to become athletes. In recent years, women have showcased their might through various events like Cricket, basketball, football, volleyball, sprinting. So take a look at the 10 Most Popular And Best Sports For Girls.

10 Most Popular And Best Sports For Girls

Here are the top 10 sports that every girl can take part in. The sports industry is a fast-growing industry with various options to excel in. Girls have their own capabilities and should explore every option on their way. Being a part of a sport helps you to remain physically active and has a positive impact on your life.

Badminton is a well-known single and double player sport. It is a sport that includes playing with rackets and a shuttlecock. It can be practiced both as an indoor and outdoor sport. It is a commonly played sport amongst the girls. It requires flexibility and skills to perform well in the court. Badminton is a prestigious sport, many famous badminton athletes are women, like PV Sindhu, Sania Nehwal.

Volleyball is a team sport that is one of the most popular sports for women. Volleyball consist of 2 teams, a ball, and each side is divided by a net. All you have to do is shoot the ball to the opponent’s side so that it touches the ground to score a point. Volleyball is played between two teams of six players each. This is a very beautiful game that requires vigorous exercise to perform. Women, who are invested professionally with volleyball, win very high.

Basketball is one of the most popular sport in the world and the most-watched sport in the United States. It is a male-dominated sporting event, however, women have also started getting recognition for it across the world. Basketball is currently the highest-paid sport in the world. The Women National Basketball Association (WNBA) is a popular league that features women, playing basketball. It demands you to be taller than the average height of the population. A tall girl has the advantage, because of her height, she gets to perform extremely well and tackle her opponents.

The most attractive sport is Gymnastics. For Women, this is the most ideal sport. A women’s body is physically very flexible and is equally rigid. It is a perfect sport and the best for girls to play. Already a large number of girls and women around the world are part of this incredible sport. Gymnastics requires you to master balance, strength, agility, and endurance.

Tennis is one of the highest-paid sports in the world and is a huge payoff for female tennis players. If you are a young sportswoman looking for a better and profitable sporting future, tennis awaits you. Women seem more interested in playing tennis. It is a fast-paced sport that consists of two pieces of equipment which are the racquet and the tennis ball.

Swimming is a water sport that is widely popular in the world. It is also played as an Olympic sport. Professional swimmers from all over the world participate in the Olympics. Swimming may seem the most fun sport but it is quite difficult to ace it. It requires hours of training underwater, holding your breath, and also increasing your stamina. While swimming your diet plays a vital role. Girls should explore swimming as it shapes their body and is the best method for a full-body workout.

The most popular sport in the world is Soccer. It is also considered one of the best sports for girls. Football alone has 4 billion fans around the world. Football became popular among women after the introduction by FIFA of the Women’s World Cup. If you would like to take up sport as your career, then soccer may be one of the most suitable sports for you.

In recent times, cricket amongst women has become the highlight of the sports industry. Women playing cricket was recently given global recognition by ICC. Just like Men’s cricket tournament. Women also showcase their skills on the field in all formats. Young girls must take this as an opportunity to choose cricket as their possible sports choice.

Golf is a very interesting sport. It consists of a huge playing field with flags on the side of every hole that has been dug for the ball to go in. The player starts at one point by placing the white golf ball on the ground and then shooting it with the help of a golf stick. It is a very decent sport that is played individually. Girls must take up this sport as it requires a lot of patience and observation.

Hockey is a team sport that is the most prominent event worldwide. It is a fast-moving sport that has similar rules to football. It requires teams to chase the ball using their hockey sticks on the field and score by aiming the ball at the goal. Its main objective is to steer the ball towards the goal using a hockey stick. This is a very good option for girls to take as their 1st preference sport.

Why is body building even a sport?