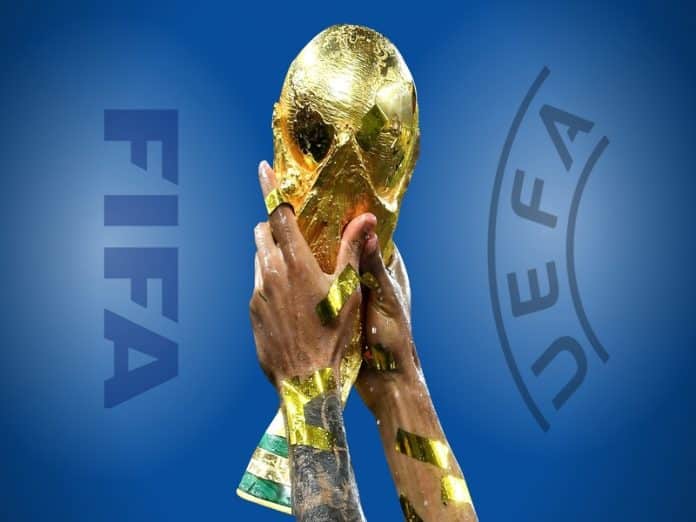 How do FIFA and UEFA Differ?

FIFA is the world’s highest football regulating body. It is also known as Federation Internationale de Football Association. It is the governing organisation of association football, futsal, and beach soccer on a global scale. Furthermore, FIFA is a charitable organisation.

FIFA was established in 1904 to supervise international competition between the national associations of Belgium, France, Denmark, Germany, the Netherlands, Spain, Sweden, and Switzerland. FIFA presently has 211 member countries. Its headquarters are in Zurich, and Gianni Infantino is the current president.

FIFA’s principal objective is to expand football globally, ensure that the game is available to everyone worldwide, and promote integrity and fair play.

FIFA’s men’s football World Cup is one of the world’s largest sports events. It is one of the most-watched and followed athletic events, even outnumbering the Olympics in terms of audience.

UEFA is a society registered under Swiss civil law and is politically and religiously neutral. The company’s headquarters are in Nyon, Switzerland. It is a recognised continental confederation by FIFA, the international football regulatory body in Zurich, Switzerland.

The UEFA Congress, the UEFA Executive Committee, the UEFA President, and the organs for the administration of justice are the mechanisms through which UEFA functions.

FIFA is the world’s governing body of football. It is in charge of other federations. Moreover, UEFA is merely one of the federations governed by FIFA. It controls all European clubs. While UEFA is the largest and wealthier of the federations, it must still answer to FIFA. If you are into crypto sports betting, particularly in soccer, Prime Gambling Reviews is an excellent site. Moreover, if you want to read some articles or soccer updates, Soccer Reports will help you.