Why is a football game 90 minutes? 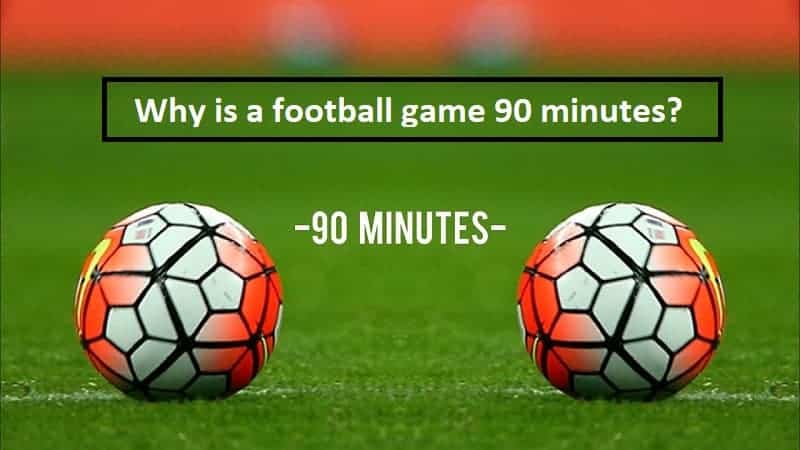 Football is a team sport that consists of 11 players from each team on the field during a match. A traditional football match consists of 90 minutes which is equally divided into two halves of 45 minutes each. Initially, the match between London and Sheffield in 1866 was the first match between both teams who had agreed on playing the game on the basis of prearranged duration, which is one of the games to make history.

Since then the matches were run smoothly and the criteria of the game were set, which was to score a maximum number of goals within the time frame. Football is by the far the most widely watched sports event across the globe. The players and the coaches of the clubs are considered to be the most famous people and have a huge fan base. So let’s me know more about the game in detail.

Does 90 minute game rule apply to all leagues of football?

It was noted that only during the youth games the 90-minute rule is not applied since the players are amateurs and lack the physical capacity to play for 90 minutes at a stretch. However, a match is never completed within 90 minutes, practically there will be extra time that will cause because of injuries and stoppages.

The official FA had stated that the entire duration of the match is of ninety minutes, apart from some special cases as per the Competition Rules, wherein an extra thirty minutes shall be played. This is all regulated by the officiating person on the field, Referee. The referee should allow for the time lost in accordance with the laws of the game, or through accident or other cause. Adding to the statement he also said that the referee’s decision is the final decision and not subject to appeal.

Occasions where the Football match may last longer than 90 minutes

There are a few occasions where the football match may tend to take a bit longer than the time frame. So take a look at those occasions.