Which sport is more popular basketball or football? 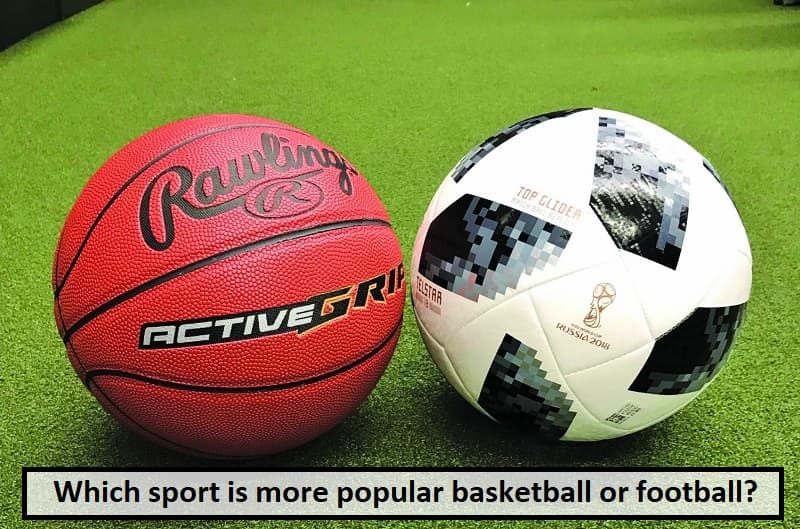 There is no doubt football has more popularity than basketball. Both the games are aggressive and active. Each player on the field plays an important for the team to win the particular match. As football is famous as played among more Nations overall the world. Basketball is a fun game to play and one of the most attractive games of all time many plays such as dunks and three-pointers are best to experience.

Basketball is a sport where two teams each with 5 members a side face with each other on a rectangular court to score a basket player has to either shoot the ball from the distance or have to dunk in the basket. The game gives a little advantage to tall people as scoring baskets or dunking in a basket need some heights. There is an association known as NBA that conducts the tournament for the boys and girls championship.

Football is a worldwide famous game played by most of the nation. The game showcase all the 11 players’ spirit and sportsmanship. Two teams face each other 11 members a side has to score a goal more than the opposing team to win the match. Football and basketball both are international games but football is more approached and famous Worldwide. Football is also one of the top popular games played overall in the world.

Football is listed as 1st in the top popular game list and has over 3.5 billion fans all over the world. The stats state it is 3.5 but it may be more than that. Football also has regional popularity in Europe, India, Asia, and Africa. Basketball comes at 9 the position with 400 million fans over all the world with just single national popularity that is none other than America. So as per the stats and liking, we can state that football is more popular than basketball.