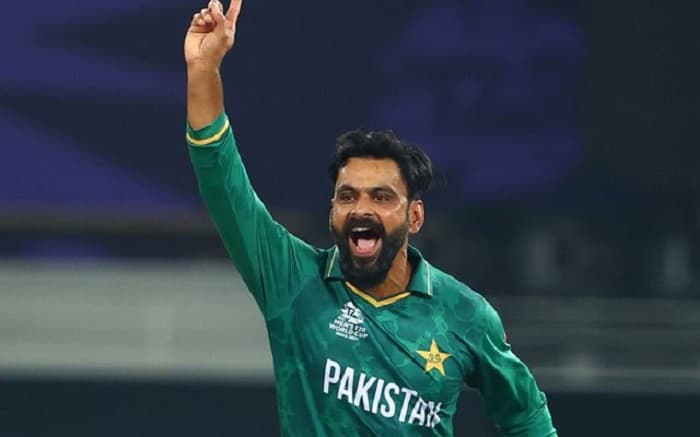 The Former Pakistani rounder and Captain of the team, Mohammad Hafeez announces his retirement from the International Cricket series on Monday. He made his debut performance in 2003. The veteran all-rounder had represented Pakistan in 55 Tests, 218 ODIs, and 119 T20Is scoring 12,780 runs and taking 253 wickets.

In the course of his cricketing career, he achieved to win 32 Player-of-the-Match awards, the fourth-highest among Pakistan players in all international cricket. Along with Shahid Afridi (43), Wasim Akram (39) and Inzamam-ul-Haq (33) are placed ahead of him. So take a look at the achievement awards of Mohammad Hafeez in all these years.

As we know that Mohammad Hafeez has shown his absolute worth as a player of the Pakistan Cricket Team in 55 Tests, 218 ODIs, and 119 T20Is by scoring 12,780 runs and taking 253 wickets. He was a delight to watch when he is on the field playing for his team. Hafeez was a member of the winning squad in the 2017 Pakistan Champions Trophy.

Hafeez in his interview stated his words which said “Today I say good-bye to international cricket with pride and satisfaction. In fact, I have earned and accomplished more than I had initially envisaged and for that, I am thankful to all my fellow cricketers, captains, support staff, and the Pakistan Cricket Board who helped me out during my career.”

He also mentioned and appreciated his journey so far. He quoted “I am extremely fortunate, lucky and proud to have been considered worthy of donning the national kit with Pakistan emblem for 18 years. My country and my team have always been at my forefront and therefore, every time I stepped onto the field, I tried to raise their profile and image by playing hard and tough but within the rich traditions of spirit of cricket.”

Meanwhile, former Pakistan batter and currently the chief of PCB Ramiz Raja had given cheerful goodbye to Hafeez for a wonderful career. He had spoken about his skills as a batsman and as a captain of the team.

Ramiz Raja had spoken words of “Hafeez has been a wholehearted cricketer who worked tirelessly at his game to have a long and fruitful career. His game evolved with time, adjusting to different formats quite intelligently. Later in his career, he became a T20 specialist, where he was never out of touch with modern demands of this testing format. His batsmanship took a sprightly turn, nailing sixes almost at will.”