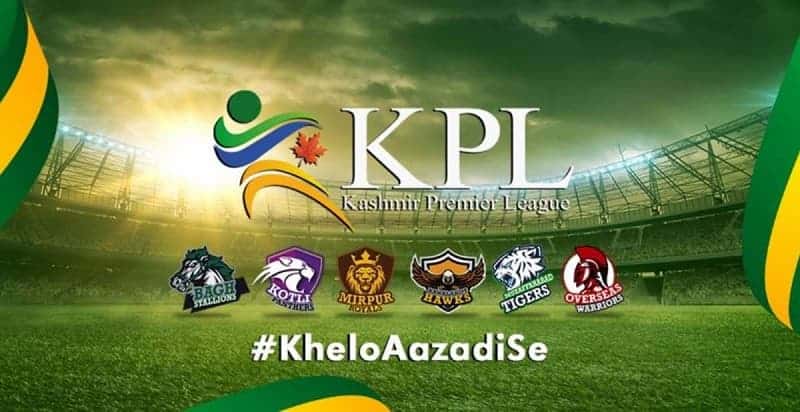 Kashmir Premier League is a professional T20 cricket league founded in 2021. Six teams play in the league and 5 teams represent 5 major cities of  Azad Kashmir, Pakistan while one team is representing the overseas Kashmiris. The league is administered by Pakistan Cricket Board and the tournament is played in a round-robin format with the top four teams qualifying for the playoffs and ultimately for the final. Rawalakot Hawks are the current champions of the league. Check KPL 2022 Start Date, Team List, Teams Owner Name.

The Kashmir Premier League 2021 ended on August 17, 2021, with Rawalakot Hawks crowned as the champions. The 2nd edition of the tournament is assumed to start in the month of August just like the previous year. However, no official announcement has been made by the governing body and the details will be updated as soon as the official announcement is made.

In the first edition of the tournament, 6 teams were part of the tournament with Rawalakot Hawks crowned as the champions. On 18 August 2021, it was announced that the second season of KPL will feature seven teams, the seventh team that will be playing the league will be Jammu Janbaz. Let’s have a look at the teams that will be participating in the Kashmir Premier League.

Jammu Janbaz will be the seventh team to play in the Kashmir Premier League. The decision was taken on 18 August 2021 that the team will be a part of the league.

All the matches of the Kashmir Premier League were played in Muzaffarabad Cricket Stadium. The stadium is a cricket stadium located in Muzaffarabad, Azad Kashmir. The stadium was established on 10 October 2007 and has a capacity of 10000. Around 2,500 spectators were allowed to watch the match in the stadium in KPL 2021 due to the COVID-19 pandemic in Pakistan.