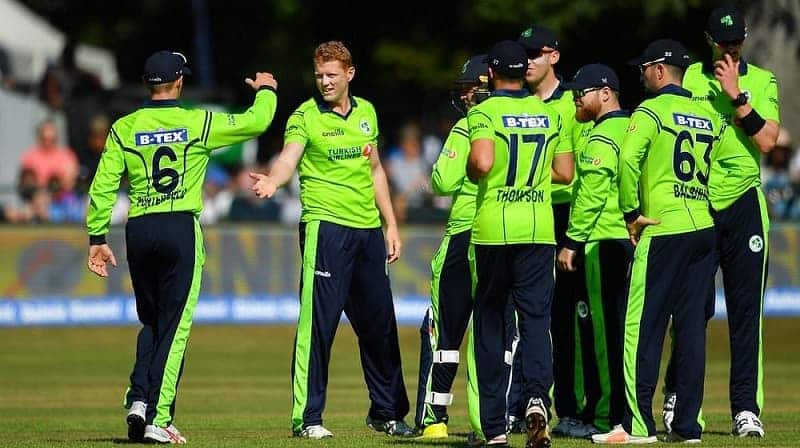 Ireland Cricket team is administered by Cricket Ireland and is a full member of ICC with Test, ODI, and T20 Status. Ireland is captained by Andrew Balbirnie and coached by Graham Ford. Let’s have a look at the Ireland Cricket Players Salary 2022, Central Contract, Highest-Paid Players, Team News, And all you need to know.

William Porterfield– William is a North Irish Cricketer who was the former captain of Ireland. He was born on 6 September 1984 in Northern Ireland. He is regarded as one of the greatest Irish players of all time. He receives the highest annual salary of $100,000.

Andrew Balbirnie– Andrew is an Irish Cricketer and the current captain of the Irish Squad. Andrew was born on 28 December 1990 in Dublin, Ireland. Andrew became the captain when William stepped down and now he receives an annual salary of $75,000.

George Dockrell– George is an Irish Cricketer born on 22 July 1992 in Dublin, Ireland. He is a Slow left-arm orthodox spinner and plays as a bowling all-rounder. He gets an annual salary of $75,000. He started playing for the National team in 2010.

Kevin O’Brien– Kevin is an Irish Cricketer who plays for Ireland and has played for various county cricket clubs. He was born on 4 March 1984 in Dublin. He is an All-Rounder and an occasional wicket-keeper. He receives an annual salary of $75,000.

Craig Young– Young is an Irish Cricketer who was born on 4 April 1990 in Northern Ireland. He plays for the team as an all-rounder and started playing for Ireland in 2013. He receives an annual salary of $75,000.

The following were the players who were included in the 2021 Central Contract from Cricket Ireland. The central Contract for the year 2022 has not been announced yet and the list will be updated as soon as any official announcement is made. Till then, stay tuned for more updates and sporty content.