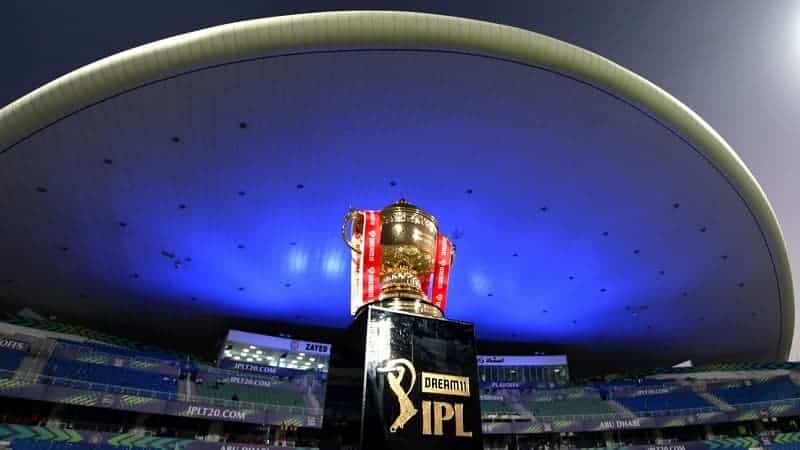 The Indian Premier League is a professional T20 Cricket league played in India based in 10 Indian Cities. The League was first played in the year 2008 and is organized by BCCI. The league is usually held in the month of March and April and is played in Round Robin and Playoff Format. Check IPL 2022 Start Date, Schedule, Team List, Venue, And Latest news.

IPL 2022 will be the 15th edition of the tournament and is likely to be played in the month of March and April in India. 10 teams will be participating with Franchise from Ahmedabad and Lucknow as new teams and a total of 74 games will be played. Each team will be playing 7 home and 7 away matches.

The 15th edition is expected to take place in the month of March and will continue till May. 74 matches will be played throughout the tournament with each team playing 7 home and 7 away matches. The schedule of the 2022 IPL is yet to be announced. BCCI is planning to host the 15th Edition in India itself however the decision is not taken yet and will be taken considering the current covid situation.

A total of 10 teams will take part in the 15th edition of the tournament. Earlier 8 teams used to play the league except for the 2011 season where there were 10 teams. Let’s have a look at the teams that will be participating in the league.

Delhi Capitals– The Delhi Capitals are a franchise cricket team based out of Delhi founded in 2008 and were initially known as Delhi Daredevils. The franchise is jointly owned by the GMR Group and the JSW Group. Rishabh Pant is the current captain of the side and Ricky Ponting Current coach.

Kolkata Knight Riders– KKR is a franchise cricket team based in the City of Kolkata. The team was formed in 2008 and has won the title twice. The team is owned by actor Shah Rukh Khan, actress Juhi Chawla and her spouse Jay Mehta. Eoin Morgan is the current captain of the team and Brendon McCullum is the current coach.

Mumbai Indians– Mumbai Indians is a franchise cricket team based in Mumbai. The team was founded in 2008 and is the most successful IPL team with winning 5 titles. The team is owned by Reliance Industries and is captained by Rohit Sharma and Coached by Mahela Jayawardene.

Punjab Kings– The Punjab Kings is a franchise cricket team based in Mohali, Punjab who was formerly known as Kings Xl Punjab and was founded in 2008. The team is jointly owned by Mohit Burman, Ness Wadia, Preity Zinta, and Karan Paul. The team is captained by KL Rahul and Coached by Anil Kumble.

Rajasthan Royals– Rajasthan Royals is a franchise cricket team based in Jaipur, Rajasthan. The team was founded in 2008 and was the winner of the inaugural edition of the IPL. The team is owned by Manoj Badale and Lachlan Murdoch. Rajasthan is captured by Sanju Samson and Coached by Trevor Penney.

Sunrisers Hyderabad– Sunrisers Hyderabad is a franchise cricket team based in Hyderabad. The team was founded in 2012 after the termination of Deccan Chargers. The franchise is owned by Kalanithi Maran of the SUN Group. The team is currently captained by Kane Williamson and coached by Trevor Bayliss.

The Ahmedabad IPL Team is a franchise cricket team based in Ahmedabad, Gujarat. The franchise is new to the league and is owned by CVC Capital Partners. The team will Play it’s home matches in Narendra Modi Stadium, Ahmedabad.

The Lucknow IPL Team is a franchise cricket team based in Lucknow, Uttar Pradesh which is newly added team in the league. The team is owned by RPSG Group. The team will play it’s home matches in Bharat Ratna Shri Atal Bihari Vajpayee Ekana Cricket Stadium, Lucknow.