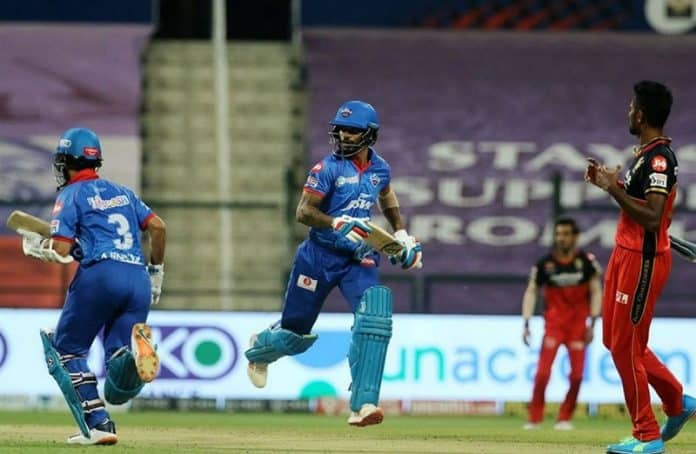 The 27th match of the ongoing Indian Domestic cricket T20 series TATA Indian Premier League is going to be held on Saturday, 16th April 2022. The match is going to feature two of the original teams of IPL franchise, Delhi Capitals and Royal Challengers Bangalore. Delhi Capitals is based on the city in North, Delhi whereas, RCB is based in the city in South, Bangalore.

The match on Saturday, is the 27th match which is going to be held at Wankhede Stadium, in Mumbai. The match is scheduled to begin from 7:30 PM IST and Local Time. We expect the match to be played well, so lets have a look at small prints if the match today, DC vs RCB Dream11 Prediction, IPL 27th Match Fantasy Cricket Tips, Playing XI, Pitch Report, Injury Updates, And Where to Watch Live Streaming.

Delhi Capitals and Royal Challengers Bangalore have just one spot of difference between them on the points table. DC have played in all 4 matches and won 2 matches. They are stationed at the seventh position on the points table. They had won their last game against KKR by a margin of 44 runs.

Whereas, RCB has played 5 matches till now and won 3 matches. They are currently holding the sixth position on the points table. RCB had lost their previous match against CSK with a margin of 23 runs. RCB and DC have played against each other 27 times before, wherein DC won 10 of those matches and RCB had won the remaining 17 matches. Clearly, we see that RCB has dominated most of the matches against Dc so our prediction is in favor of RCB.

We provide you with some tips for your fantasy teams, have a look at the best All rounder, best batsman and bowlers.

Faf du Plessis is going to be out first and number one choice as a batsman. He plays for RCB and in the last five matches he has stacked a total of 146 runs. His average per match is of 29 runs and a strike rate of 128.

Prithvi Shaw is our next best pick as a batsman, he has scored a couple of half centuries in the previous two matches, where he stacked 160 runs in total, with average of 40.

Axar Patel will be a fair and easy choice for you to pick as an all rounder. He has made 68 runs in all the matches cumulative score. He has not picked a wicket yet, however his bowling strategy slows down the batsman.

Kuldeep Yadav is a brilliant performer and the only bowler you can have your faith on. He has proved to be the attacker, with 10 wickets taken in the past 4 matches.

Wanindu Hasaranga is a Sri Lanka’s top spinner. he is the middle over bowler, where in he took 10 wickets to his name in 5 matches.

What is the Pitch Report and Injury Updates?

Wankhede Stadium is one of the oldest and the prestigious stadium of Mumbai. We have seen many formats been played on this ground, including IPL fixtures. The pitch is smooth and offers help to both the bowling and the batting department. The average expected on this ground is 162 runs. The team that bats second has great records here, it is also seen that they have a 80% chances of winning.

There are no updates on the injury of any player. Incase there is any news, we shall update you.

Where to Watch Live Streaming?

To watch the matches live by streaming in online you can make use of Disney+ Hotstar. You can watch it live online eon your television by purchasing Amazon Fire Tv stick. It gets connected to the internet and you can enjoy the effect of online streaming on your TV set. You will have to install the app for this on your TV and continue watching.

Similarly, without having to use the app or the website version. The simple traditional method of watching it live is tuning into the sport channel. Star Sports Network is the official partner of the live telecasting.