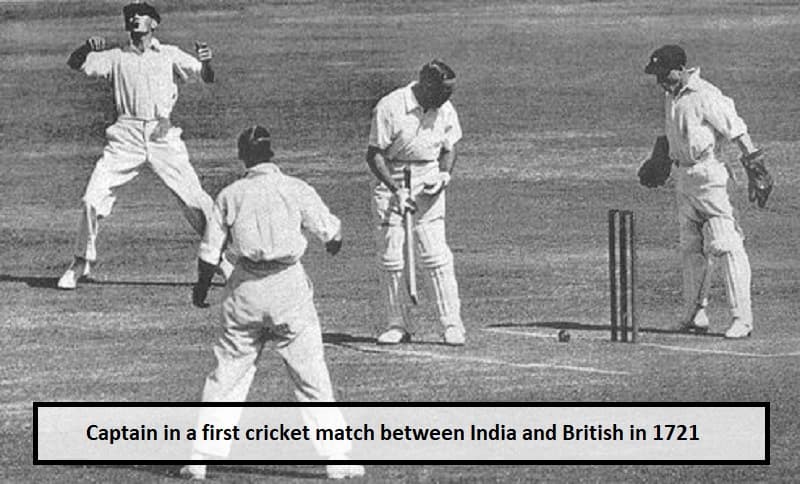 The cricket game was introduced by British men in the 18th century. The first cricket club was introduced in the year 1792. Where in the first cricket match was played in the year 1721 when the British sailors had visited India and the era of the British colonial empire had begun. Many believed that the sport had been traveled to India and slowly got acceptance in the Parsee community.

India’s Men Cricket team which is generally referred to as Team India had gotten its Test status recognized in the year 1931. The first test match was played by the Indian team in the year 1932 at the legendary cricket ground Lord’s. It was led by CK Nayudu, as the captain of the 1932 cricket Team, since he was the best batsman to be considered at that time. So let’s take a look at the History of the Indian Cricket team and the captains since the birth of the sport.

In the year 1933, India had hosted the first-ever test series. The England team visited them where they played 2 matches, one in Bombay and one match in Calcutta. England had won both the matches. The Indian Cricket team continued to make efforts and improve their form. They soon won their first test match against England in 1952. They had also won the test series later in the same year against Pakistan.

Later when the India Cricket team started getting their momentum since their first win, the era of Sunil Gavaskar and Vishvanath had begun. The 1971 test series under the captaincy of Ajit Wadekar which was held in England had won the series against West Indies.

One day Series and The recognition of ICC World Cup

A call on having a strong board to conduct the international cricket leagues and other tournaments was Taken in the year 1971. At that time India was led by the brilliant batsman, Sunil Gavaskar. In the same year, the idea of One-Day international matches was also introduced.

In the year 1983, the Indian cricket team was headed by the all-rounder Kapil Dev. And as we know the year was known to be the year of the Indian team as they had their first ICC World Cup.

Over the years, Indians had gained a lot of experience and achieved many wins. In this due course of time, the team had also made rival teams. England and Pakistan are the arch-rivals of India. Since the inception of cricket in India in 1721, India was seen as a potential target by all its competitors. Nevertheless, India was not afraid to face and had given them tough luck in all their matches.