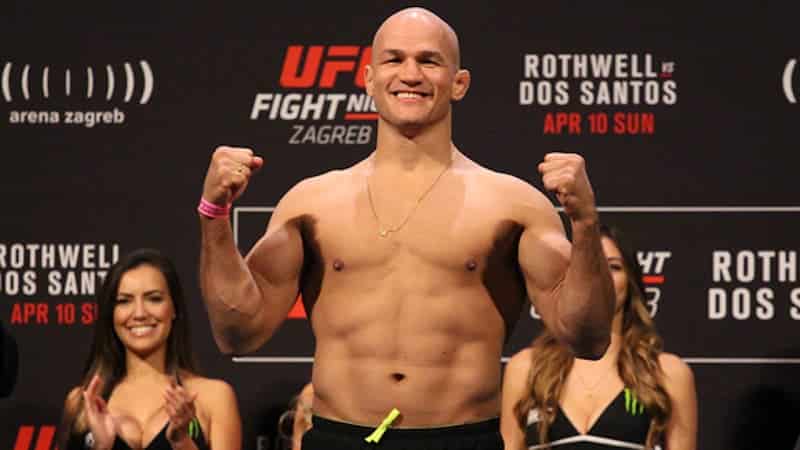 Junior Dos Santos Almedia was born on 30th January 1984 in Ecuador, Santa Catarina, Brazil with two siblings was raised in not a very well off family, her mother had to raise three children alone after their father left when jr. Dos Santos was not even 10 years old. To support the family he started to work at the tender age of 10.

Fast forward in Jr. Dos Santos’s teenage years, he started training in Capoeira which is a Brazilian martial art, it is a combination of dance and acrobatics with complex and difficult moves. After Dos Santos realized his talent in martial arts he started seriously practicing Brazilian jiu-Jitsu under Yuri Calton at the age of 21 (in 2005), he won a few jiu-jitsu tournaments which seem to have boosted his ego for fighting even more. While participating in a boxing practice Dos Santos met Luiz Carlos Dorea who was also trained in mixed martial arts recognized his talents and trained him in boxing for roughly a year.

In 2021 as of now, Junior Dos Santos has debuted as a pro-wrestler in AEW Rampage. Let us see what the future holds for dos Santos in the wrestling world.

Junior Dos Santos Almedia, Brazilian Mix Martial Artist in 2019 was recorded to have a Networth of 10 Million U.S. Dollars, not a surprise seeing that he was 3rd ranked heavyweight champion in the official UFC ranking board and the impressive 21 wins out of 30 matches in his career.

Dos Santos has an impressive Mix Martial Arts record of 21 wins and 9 losses in 30 matches.

Dos Santo’s first debut to Light Heavyweight was in XFC: Brazil on 29 April 2007 against Edson Remos in which dos Santos won.

On 12 November 2011 Dos Santos won the title of UFC Heavyweight Championship against Velasquez who he Knocked Out with his punch.

Junior Dos Santos Almedia from UFC 90 to UFC 256 total Career earning is Seven Million Hundred and Ten Thousand U.S ( 7,110,000 us dollars). Dollars. he earned his career highest salary in UFC 252 and UFC 256 making a grand total of Five Hundred and Twenty thousand US Dollars ( 520,000 us dollars) in each fight.

Junior Dos Santos Almedia lost a lot of endorsement from many companies including Nike while he was in the UFC Heavyweight Championship because UFC had a uniform deal with Reebok for 6 years worth 70 Million US Dollars match, in which it stated that players who participated in the UFC shall only wear Reebok branded uniform (costume) in the Octagon.

But after Dos Santos’s debut in wrestling first appeared in AEW Rampage, Nike endorsed Dos Santos and made his iconic Nike custom boxing shoes which he wore in the ring in AEW Rampage.