Who is the first Indian male to win the All England badminton tournament? 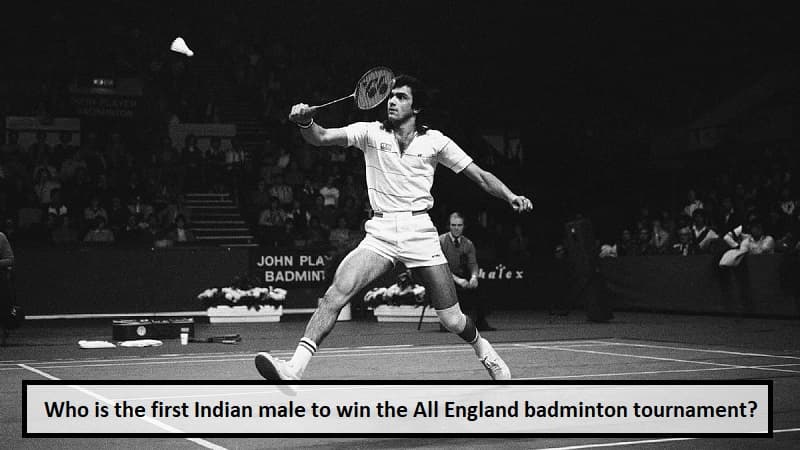 Badminton is a sport that is played by the majority of Indians. Leaving the professional side aside, every Indian has their own set of rules, and the game is played on Empty Roads, Grounds, and anywhere with a racquet and a shuttlecock.

The game can be played both single and with a partner and is played in an indoor court with a net in the middle. It is a mixed-gender sport played by both men and women together and separately. Various events are organized throughout the world by BWF which is the highest governing body of Badminton.

It’s a dream of every player to win this prestigious cup and they prepare for it by the log of Training and Hardwork. In the men’s Category, Rudy Hartono is the most successful player with 8 Titles and Lee Zii Jia is the current winner of the series.

Prakash Padukone is also amongst those prestigious award Winners. Prakash Padukone was born on 10 June 1955 in Banglore, Karnataka. He is one the greatest Indian Badminton player who was ranked no. 1 in 1980.

Prakash Padukone was crowned as the winner of the 70th edition. He became the first Indian Badminton player to win this prestigious award. In the finals, he defeated Liem Swie King of Indonesia.

Prakash Padukone was awarded Arjuna Award in 1972 for his contribution to India’s Badminton and Padma Shri in 1982 after winning the All England Open Badminton Championship.

Pullela Gopichand is another Indian who won the championship in 2001 which was the 91st edition of the League. In the finals, he defeated Chen Hong of China.