How many players are playing badminton in India? 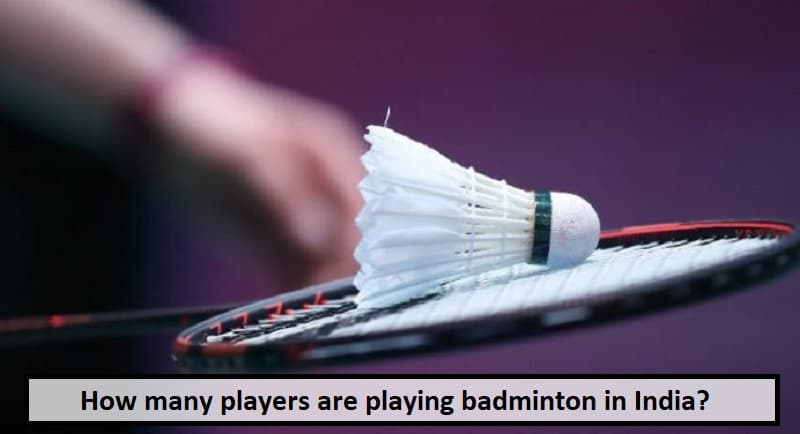 Badminton is one of the most famous sports in India. Badminton is the second most played sport in India. In terms of Playing, Badminton comes just behind Cricket. People of various age groups play this sport, some as a leisure activity and some play it professionally.

With Indians shining on world stages in Badminton, many players are now getting interested in this game and have started playing professionally and have opted for this as a career and are preparing themselves.

India has recently performed very well in International Badminton, according to recent rankings released by BWF, 24 Indians are included in the Top 50 rankings in various Categories of Badminton.

It is a very good sign that Indians are able to play and are achieving milestones in Badminton. Currently, India has some World-class badminton players that are dominating the game and are playing excellently, and are leaving their mark.

We are sure that India will be able to dominate the world in Badminton too just as they have done in Cricket. Let’s have a look at some of the famous players of Badminton from India.

Prakash Padukone– He was the first Indian to win the All England Open Badminton Championship in 1980 and is considered one of the Greatest Indian Badminton players. Prakash Padukone was also Ranked number one in the year when he won the Prestigious Title.

Saina Nehwal– Former World No. 1, Saina has achieved Pretty much every title in Badminton. Her achievements include medals in the Olympics and every event of BWF. She is a sporting icon and motivation for many in our country.

P. V. Sindhu is another female Badminton player who is setting an example for many Indians. She has won two Olympic medals in Badminton and many on the BWF circuit which make her one of the great players to play badminton for India.