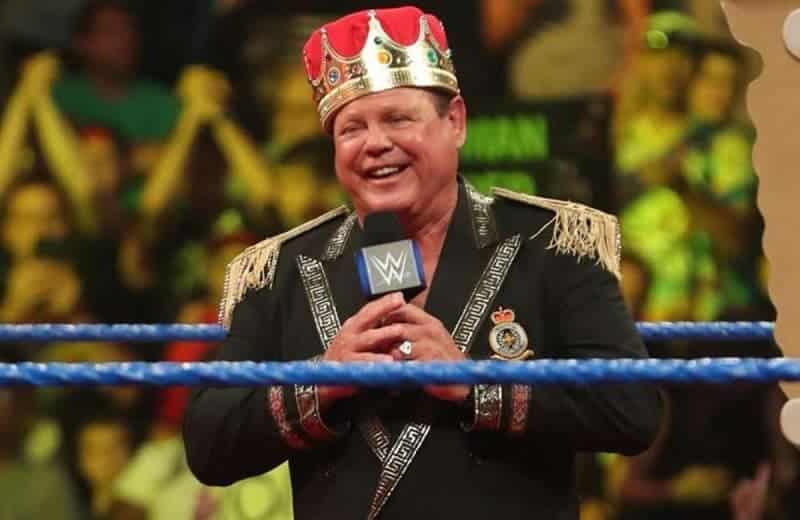 The WWE Legend we are talking about is none other than Jerry O’Neil Lawler also known as Jerry “The King” Lawler. is an expert commentator and was a professional wrestler who has won many grand titles between 1970 to 1998. Currently rumored to have signed a contract with WWE to be a commentator after a buffer period of 2 years.

Jerry Lawler initially worked as a disk jokey in Memphis, Tennessee. he debut as a wrestler in 1970 and won his first championship in Sept 1971 in a Battle Royal Format. In July 1974 he won NWA southern heavyweight championship and earned the title “King of Wrestling”

After Lawler moved out of NWA and made his own promotion with Jerry Jarret, the Continental Wrestling Association in 1977. Lawler was now Co-owner and Wrestling Champion in the association. In November 1979 he became CWA World Champion.

Finally, Lawler won the AWA World Heavyweight Championship in May 1988 and the world-class Championship wrestling in December 1988 and unified both the title, but left the AWA after issues with Verne Gagne.

After that CWA merged with world-class Championship wrestling to form the United States Wrestling Association in 1989. Lawler debut in Memphis brand USWA in 1989 and till 1997 he won the USWA World Heavyweight Championship 28 times.

In 1992 Lawler debut in (WWF) World Wrestling Federation. in 1998 he didn’t participate in wrestling much but focused on commentary. he also got involved with the working relationship between WWE and Extreme Championship Wrestling (ECW).

After that in between 2001 and, 2012 Lawler was doing many things and started appearing in many independent wrestling circuits as an expert commentator in the United States and Australia.

He was the commentator for WWE SmackDown from 2015 to 2016. then from 206 to 2019 Lawler only appeared very frequently in SmackDown and many things happened in that time frame.

In Sept 2019 WWE Announced that a new commentary team will be on RAW and Lawler would return to do full time-commentary on Raw. But that only lasted till 2020 when was replaced by Samoa Joe for commentary on RAW.

So the WWE Fans All over the world Have been keeping and an eye on whether Laurel will make an appearance in WWE RAW or SmackDown in the following year.