Who is the best mega star of WWE? 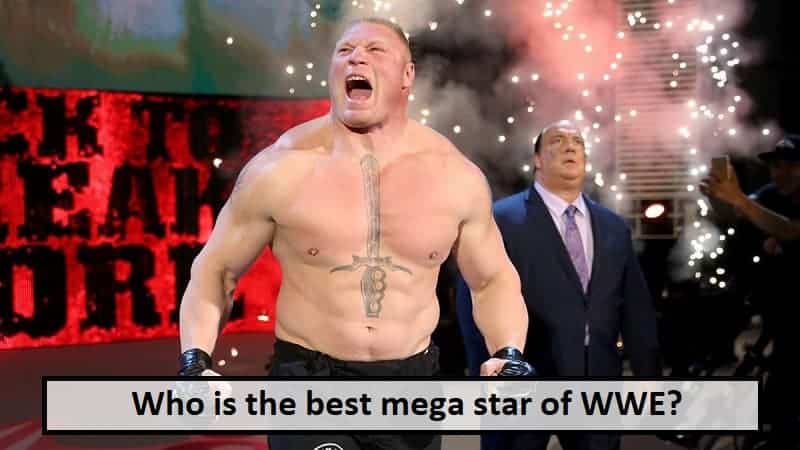 Before we know who is the best WWE star, let’s take a look at what the sport is about. WWE or World Wrestling Entertainment is a professional wrestling company with a primary focus to make participants wrestle inside the ring. It is based in America and is the most aggressive sport in the world. There are a lot of categories to this sport.

Unlike other wrestling competitions, this is much of an entertainment-based show, which involves a script, write-up, made-up dialogs, and features a storyline. All the people who play a part in this, create drama on the stage just like theatre. However, the catch here is that it involves physical matches that can very dangerous if not performed as practiced. You should also take note that WWE has two brands mainly, RAW and SmackDown. So, let’s take a look at the Megastar of WWE.

Who is the mega star of WWE ?

WWE Championship is a competition of world heavyweight champions, it is one of the three ultimate wrestling titles that wrestlers fight it for. Brock Lesnar is the current champion of this title WWE World Championship. He is 44 years old and is the only wrestler to have won 11 titles underworld heavy-weight championships.

Lesnar was born in South Dakota, United States. This American wrestler is a former MMA champion and a professional football player as well. He started his career in the year 2002, in WWF. In June 2002, Lesnar achieved his first title of the 2002 King of the Ring tournament, defeating Bubba Ray Dudley in the first round.

Who is the current champion of WWE SmackDown Universal Champion?

SmackDown, WWE universal Champion is one other brand of the American Wrestling company WWE, it has been 20 years since its inception in the year 2002. The current champion of SmackDown is Roman Reigns. The real name of Roman Reigns is Leati Joseph. He is a professional wrestler and an actor. The champion is also a former professional gridiron football player. The 36-year-old is the current Universal Champion in his second reign.

Roman has held the world champion in WWE five times so far. Along with it, he has also held the WWE Championship three times and the WWE Universal Championship twice. Earlier this year he was awarded the longest reigning universal champion title.