Santosh Trophy 2022: Which teams are qualified, All you need to know 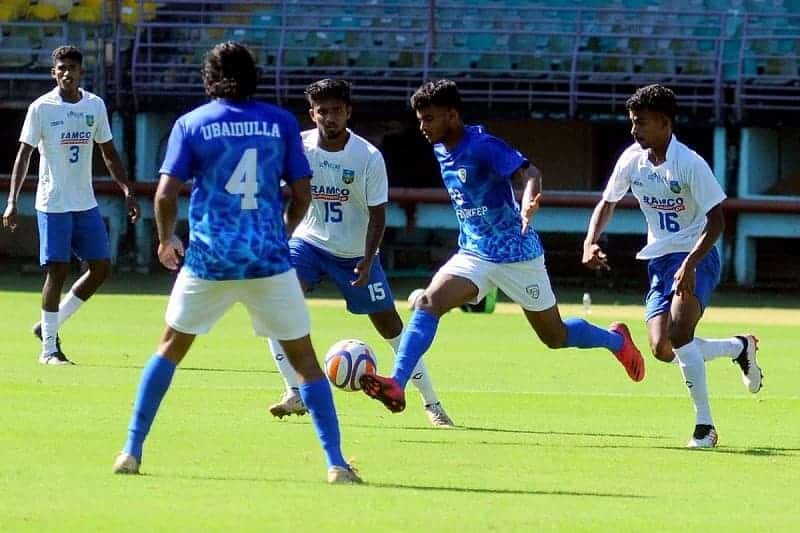 Santosh Trophy is one of India’s Premiere Football League that is going to be 75th season of Santosh Trophy 2022. This provides an opportunity for all the players to represent their respective states and districts. Last season was postponed since the officials had to follow the guidelines laid out by the government for the ongoing pandemic.

In this league, there are 10 teams that are qualified for the Zonal. The draw for the group stage of the league was held on 6th January 2022. The entire schedule of the league is going to be held between 20 February – 6 March 2022. The defending champions of the league are the Services. They defeated Punjab in their previous game 2018-19.

Group of Death which has been given as a reference to Group A consists of teams like West Bengal, Kerala, and Punjab. They will be going head-to-head along with Meghalaya and the surprise package Rajasthan. On Thursday, the official draw of Santosh Trophy, 2022 season was held in New Delhi where 10 teams came through the qualifiers.

These 10 teams were drawn into two groups of an equal number of teams, 5 each for the main event which is scheduled to be held in Kerala from February 20, 2022, onwards. The former India defender Gouramangi Singh said “I was very pleased to know that the Hero Santosh Trophy would be taking place in Kerala as it is a footballing state,” he added that it was a great initiative by the AIFF and Kerala Government. He wishes all the players the best of luck for the upcoming matches.

Groups and Format of Santosh Trophy 2022

Group B consists of defending champions Services which is paired alongside Manipur, Karnataka, Odisha, and Gujarat. This is going to be the Platinum Jubilee edition of the Santosh Trophy. The beginning will be inaugurated by the competition’s two most successful sides – West Bengal (32-time winners) and Punjab (8).

Kerala which is going to be hosting this season of Santosh Trophy open its campaign against Rajasthan. The fixture of this year’s league looks full-action packed. The Services will begin the defense of their title against a Manipur. Manipur had knocked out Mizoram in qualifying. Karnataka, who came through with a perfect record, will be hoping to build further momentum in their opening game against Odisha. The two teams which top from each group will qualify for the semi-finals.