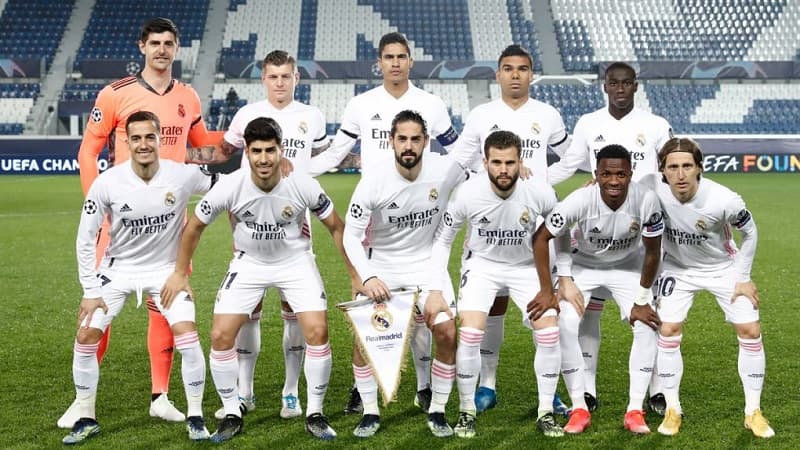 Real Madrid Club de Futbol is a Spanish professional Football Club based in Madrid. The club was founded 119 years ago on 6 March 1902 as Madrid Football Club. Real Madrid is one of the most successful clubs in Spain and in Europe. The club plays its home matches in Estadio Santiago Bernabéu which has a capacity of 81,044. Florentino Pérez is the president of the club and Carlo Ancelotti is the head coach. Check Real Madrid Players Salaries 2021-22: Weekly Wages & Highest-Paid Player.

Real Madrid is amongst the wealthiest clubs in the world. The club’s estimated worth is $4.2 billion and is the second richest club with annual revenue of €757.3 million. The club has won many awards and is one of the most successful clubs in Europe. The team makes sure to have the best and world-class players on their side and for this, they spend hefty amounts on players’ salaries and transfers.

Madrid spends a hefty amount of money in making their team a world-class team. The players are part of a team of the year and big names are associated with the team. No wonder why they are amongst the most successful football clubs. Let’s have a look at the weekly wage and salary of the players playing for Real Madrid.

1) Gareth Bale– Gareth Frank Bale is a Welsh professional footballer born on 16 July 1989 in Cardiff, Wales. Bale plays as a winger for La Liga club Real Madrid and the Wales national team. Bale was transferred to Real Madrid from Tottenham Hotspur for a record fee of €100.8 million. Real Madrid currently pays Bale an annual salary of £32,564,000 and a weekly wage of £600,000.

2) Eden Hazard– Eden Michael Hazard is a Belgian professional footballer on 7 January 1991 in La Louvière, Belgium. Hazard plays as a winger for Spanish club Real Madrid and captains the Belgium national team. Hazard currently receives an annual salary of £22,664,000 and a weekly wage of £416,000.

3) Luka Modric– Luka Modrić is a Croatian professional footballer born on 9 September 1985 in Zadar, Croatia. Modric plays as a midfielder for Spanish club Real Madrid and captains the Croatia national team. Modric is considered the greatest Croatian Football player and one of the best Midfielder. Modric won the Ballon D’or in 2018. Modric currently earns an annual salary of £16,176,000 and a weekly wage of £388,000.

4) Marcelo– Marcelo Vieira da Silva Júnior known as Marcelo, is a Brazilian professional footballer born on 12 May 1988 in Rio de Janeiro, Brazil. Marcelo plays as a left-back and is the captain of the Spanish club Real Madrid. He is considered one of the greatest left-back of all time and is one of the main players in the Real Madrid Squad. Marcelo currently earns an annual salary of £15,212,000 and gets a weekly wage of £331,000.