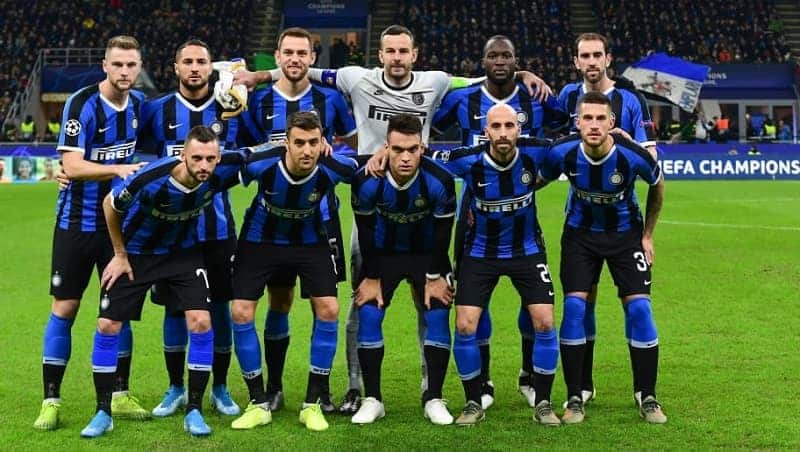 Football Club Internazionale Milano is also known as Inter Milan is an Italian professional football club based in Milan, Lombardy. The club was founded on 9 March 1908. Inter Milan is one of the most successful clubs in Italy and is the only team to compete in the top tier of Italian Football since its debut. The club plays its home matches in Giuseppe Meazza which has a capacity of 75,923. Check Inter Milan Players Salaries 2021-22: Weekly Wages & Highest-Paid Player.

Inter Milan is one of the most valuable in Italian and world football. The club has won multiple trophies including three champions league and many more. The club competes in Serie A. Steven Zhang is the Chairman of the club and Simone Inzaghi is the head coach. The club has been successful because of its players and staffs. Let’s have a look at the annual salary and domestic wages of Inter Milan Players.

Inter Milan is one of the most successful clubs in Italian Football. The club has won many awards in Italy and in Europe. This all has been Able to happen because of a strong team. The club spends hefty sum of money to include best players and make the team stronger. The team has a wage bill of £117,798,720 per year and £2,265,360 per week. Below is the complete list on how much money does each player gets.

1) Christian Eriksen– Christian Dannemann Eriksen is a Danish professional footballer born on 14 February 1992 in Middlefart, Denmark. Eriksen plays as an attacking midfielder for Italian Club Inter Milan and Denmark National Team. Eriksen has been honored with Danish Football Player of the year for the record 5 times. Eriksen earns an annual salary of £11,856,000 and a weekly wage of £228,000.

2) Alexis Sánchez– Alexis Alejandro Sánchez Sánchez is a Chilean professional footballer born on 19 December 1988 in Tocopilla, Chile. Alexis is regarded as one of the best players in the world and the greatest Chile Football Player of all time. Sanchez plays in the Forwarding position for Inter Milan and Chile National Football Team. Sanchez earns an Annual Salary of £9,100,000 and a weekly wage of £175,000.

3) Edin Džeko– Edin Džeko is a Bosnian professional footballer born on 17 March 1986 in SR Bosnia and Herzegovina. Edin plays as a Striker for Bosnia and Herzegovina national team and the Italian Giants Inter Milan. Džeko has been named Bosnian Footballer of the Year for three years in a row. He earns an annual salary of £7,904,000 and a weekly wage of £152,000.

4) Hakan Çalhanoğlu– Hakan Çalhanoğlu is a Turkish professional footballer born on 8 February 1994 in Mannheim, Germany. Hakan plays as an attacking midfielder for Serie A club Inter Milan and the Turkey national team. Hakan earns an annual salary of £7,488,000 and a weekly wage of £144,000.

5) Ivan Perišić– Ivan Perišić is a Croatian professional footballer born on 2 February 1989 in SR Croatia. Ivan plays as a winger for Serie A club Inter Milan and the Croatia national team. Ivan is the first ever Croatian player to score in World Cup Finals. Ivan recieves an annual salary of £6,500,000 and a weekly wage of £125,000.