10 Most Popular Football Clubs In The World 2022 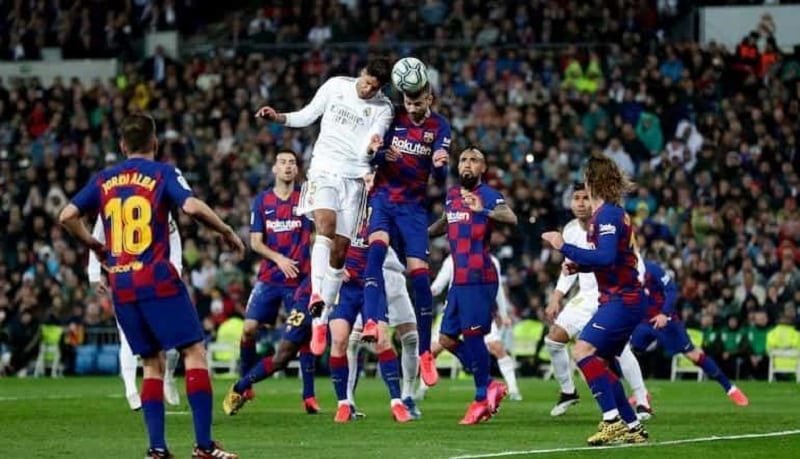 Football is a sport that is enjoyed by everyone thoroughly, be it kids or elders. Football is a renowned sports event that consists of various clubs that are coached and managed by famous professional coaches. The owners of these clubs are famous businessmen and company CEOs who provide the best facilitates to their respective teams.

The Jersey of the football clubs also is another reason for the popularity of Club and most important the trophies and cups achieves by the team. One of the biggest fan-base enjoyed by the football club is Real Madrid. Social Media has become the fastest mode to develop some news. Real Madrid has the maximum number of followers on its Instagram page. So let’s take a look at the 10 Most Popular Football Clubs In The World 2022.

10 Most Popular Football Clubs In The World 2022

The popularity of sports clubs is now measured in terms of followers on their Instagram and Facebook Pages. Social Media has become one of the only mediums where fans can express their love and support to their favorite teams. So here we have listed the top 10 football clubs that have become popular or gained popularity over this year.

Manchester City Football Club stands at the 10th position on the list. They are the Runner-ups of UEFA Champions League 2020-21. The club has won six domestic league titles under Pep Guardiola along with the 2019 Premier League title. Manchester City is one of the most successful teams in the Domestic Competition and FA Cup, Football League Cup, FA Charity Shield. The growing love and support for this club have been increasing each time they play.

Check out the details of the club.

Liverpool is another English professional football Club that stands at number 9 of popular football clubs. The Club has won many domestic and Major Trophies. In 2019, Liverpool achieved their 1st Major FIFA World Cup Title. Along with it, in the same year Liverpool Managers had also won UEFA Super Cup and the UEFA Champions League title.

So take a look at the details of the Team.

Arsenal, popularly known as The Gunners, is the most successful team in FA Cup. The team has won 14 titles so far in FA Cup. They have also managed to win 13 titles in Premier League Competition. They always seem to be there and there about in the title race in the last 10 years. Arsenal is a popular football club which hails from Islington, in London. Arsenal is the 8th Popular Football club behind Bayern Munich.

Check out the details of the Club.

PSG is French Professional Club, in recent times it has acquired many famous footballers and players of the current era. In 2017 Neymar Jr joined Paris-Saint-German after leaving Barcelona. It was the most expensive deal worth €222m. PSG became a true European superpower after “Qatar Sports Investments” bought the club. The French club has a heck of signing Star players on their side. Which is one of the reasons why it has gained such popularity.

Take a look at the details of the team.

Bayern Munich is one of the most successful football clubs in the past few years. The team has acquired many titles that the team won Bundesliga, DFB-Pokal, and DFB Super cup in previous years. The team has also become popular on Social Media. Currently, Bayern Munich is ranked 6th in Popular Football Club in the world. A tour of China and a TV rights deal with Fox Sports helped boost Bayern’s profile overseas.

Check out the details of the team.

At number 5 we have, the Popular Football Club in the world is Chelsea. Chelsea is an English Professional football club based in West London. Chelsea is the current winner of the UEFA Champions League 2020-21. The team won UEFA Europa League, UEFA Cup Winner’s Cup, UEFA Super Cup. They have also won Chelsea won 3 Premier League titles, Champions League, Europa League, and a number of domestic cups since 2004 which has elevated them in these top 5 popular soccer teams.

So take a look at the details of the Chelsea Club.

Juventus won the Italian Championships four times in a Row in previous seasons. In the year 2018, the biggest sports icon Cristiano Ronaldo joined Juventus after leaving Real Madrid. In previous years Juventus Followers increased drastically. And the team becomes the fourth most popular club in the world.

Barcelona is the second most popular Football Club Right Now. There have been many legends who were a part of the team. It is a Spanish professional Football Club. One of the best forwards Neymar, Suaraz, and Messi represent Barcelona. They Help Barcelona to win many major trophies. Barcelona won the Champions League,. Copa Del Ray, La Liga, Club World Cup, and UEFA Super Cup.

Check out the details of the team.