Who is the father of cricket and Why? 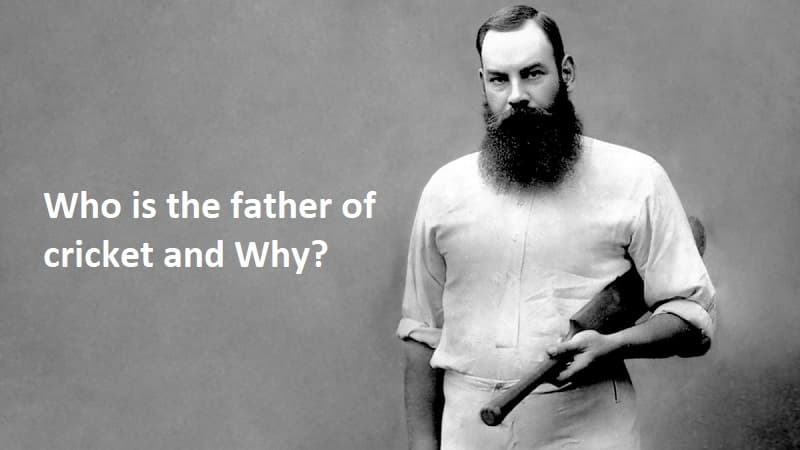 Cricket is a popular sport played by many countries on the planet. This game is widely played in Asia and Australia. ICC is the Highest Governing Body of this game. There are many great and legendary players who have played this game.

William Gilbert Grace was a former English Cricketer born on 18 July 1848 in Downend, England. Grace player a very important in the development of modern-day cricket and is widely considered as one of the greatest players to play the game.

He played as an All-Rounder and is considered as Father of Cricket. He started playing cricket from the year 1869 and played till 1904 before he retired. He was also the captain of the England National Cricket team from 1865 to 1908 and played at several levels apart from the England team.

He made his Test debut against Australia on 6 September 1880 and went on to play 22 Test Matches for England and scored 1098 runs with a Batting average of 32.29. In these matches, he scored 2 centuries and 5 half-centuries.

He played as an All-Rounder but he was known for his batting. He was able to play various shots and time the ball perfectly. Despite being an all-rounder, he mostly used to open the innings and played his shots perfectly. He is known to invent modern-day Batsmanship.

He played for various domestic clubs and came from a cricketing background. His family members were also cricketers and his brothers were in the same team as him. In Domestic Cricket he has played 878 matches and went to score 54,896 runs with a batting average of 39.55. These innings include 126 centuries and 254 half-centuries.

He also was a good Athlete and also played Football for Wanderers. He became interested in lawn bowling and golf too. William Grace died on 23 October 1915 at the age of 67.