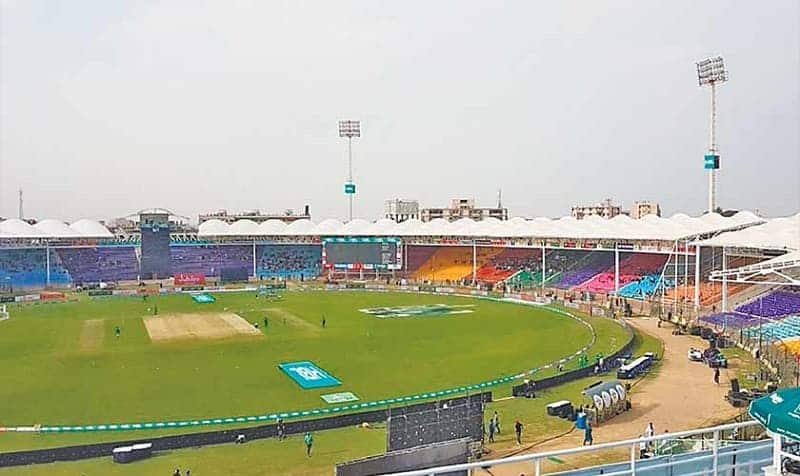 Karachi is a city which is the most beautiful and popular place in the country Pakistan. The National Stadium became Karachi’s fifth and Pakistan’s 11th first-class ground. It is owned by the cricket board of Pakistan, Pakistan Cricket Board. It was established on 21st April 1995. It is the home ground of Karachi Kings.

The stadium is a fortress for Pakistan cricket. The inaugural first-class match was played at NSK between Pakistan and India on 20–24 April 1955, and it became a fortress of Pakistan cricket. So let’s take a look at what this stadium is, like National Stadium, Karachi Pitch Report, Capacity, Stats, Weather Conditions.

The pitch at this venue has a good surface that offers equal assistance to the batsmen. The pitch is well-balanced. For instance, during the PSL 2020 playoff matches at the National Stadium, there was only one 180+ score which is a fair score that was easily achievable. Teams batting second have won 12 out of the 20 games that have been played here. It is expected that the team who wins the toss will preferably choose to field first.

What are the Stats of Karachi Stadium?

Over the years the statistics of Karachi Stadium where all the cricket match takes place have been on average to be around 168. In the 20 games, the teams that chose to bat first have scored with a total of fewer than 150 runs. When we take a look at the spins of all the players, the pace bowlers have been relatively more successful than the spinners on this track.

Karachi National Stadium has the largest cricket stadium in Pakistan with a capacity of 40,000 spectators. The sitting capacity in the stadium has always been close to being 33,000. The capacity of the ground has reduced in the coming years with close to 30,000 seats only filled.

The weather conditions in Karachi have always remained bright and sunny. The heat has always remained between the traditional temperatures of 28-32 degrees. The risk of rain is quite low during the winter months with the sun setting early. However, the dew plays a crucial role while the matches are scheduled at night.