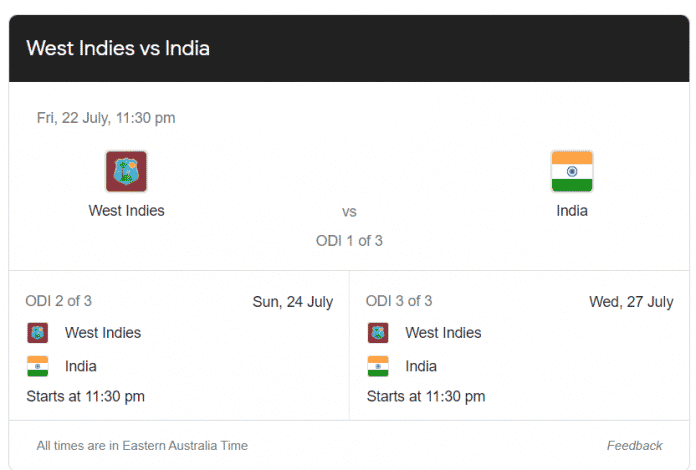 India is all set to play their upcoming match series of T20I and ODI series, the team India will not get much rest after their ongoing series with England. Their West Indies series is set to kick off on 22nd July 2022. Currently, India is leading in the game but importantly they have lost the critical match ICC World Test Championship.

The ODI series will be played at Queen’s Park Oval and on the other side, the T20I matches will be played at three different venues: Brian Lara Stadium, Tarouba, and Trinidad. The BCCI has made the official announcement that the senior players will be rested and the responsibility has moved forward to young players.

In the past, the team has faced each other already 20 times and India won 13 games that were in the year 2007. For sure the teams have made a lot of changes in their playing pattern and other things, So this clash is going to be very interesting and exciting to watch. So here are the complete details about the match and the other things that you need to know.

Both the team players are all set to give a remarkable performance and set the bar at a good stage, it seems the team will have balance players with them and all the upcoming series are going to be very thrilling and exciting. Below are complete squads of the teams

India tour of West Indies Where to watch the live coverage?

To all the Indian fans who are excited to catch out the cricket match of the India tour of West Indies know there will be no broadcasting done on the Indian channel network as they don’t have any official rights to watch out but if there will be any changes or update done it will be out on our page soon.

The fans can catch out the live online streaming on the digital platform of OTT which is a Fan code app that you can download from the play store app on both android and Ios users the other online website is www.fancode.com