10 Most Tattooed Cricketers Of All Time 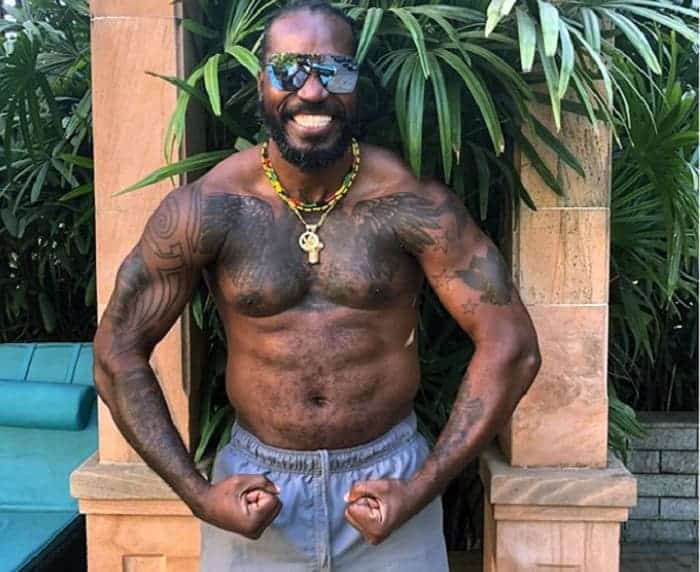 Tattoos are designs made in the body by inserting ink, dyes, or pigments, either indelible or temporary, into the dermis layer of the skin. Tattoos are mainly of three types that are decorative, symbolic, and pictorial. People usually make tattoos that have some meaning. Mostly it’s about the thing that they love or admire. So let’s have a look at the 10 Most Tattooed Cricketers Of All Time.

Tattoos are considered as fashion in the modern world. It is a big commitment for the individual as they have to with it for the rest of their life’s. Some embed it in memory of their loved ones or any special occasion. Cricketers are also a big fan of tattoos and it’s clearly visible on them while they play.

10 Most Tattooed Cricketers Of All Time

Herschelle Herman Gibbs is a South African cricket coach and former cricketer born on 23 February 1974 in Cape Town, South Africa. He is the first player to hit 6 sixes in an Over in ODI. He has embedded a cross and a barbed wire on his right arm.

Separamadu Lasith Malinga is a former Sri Lankan cricketer born on 28 August 1983 in Galle, Sri Lanka. Malinga is widely regarded as the greatest limited-overs bowler of all time. Malinga is fond of tattoos and has 2 dates inked on his right arm, one when he debuted for Sri Lanka and the other when he took 4 consecutive wickets. He even has his wife’s name embedded in his right forearm.

Michael John Clarke AO is an Australian cricket commentator and former cricketer born on 2 April 1981 in New South Wales, Australia. Clarke is regarded as one of the best batsmen of his generation. He has embedded Justin Langers quote in Arabic in his arm, his parents’ names in Hindi on his ribcage, his test number in Roman numerals across his back, and a guardian angel along with his former finance initials.

Virat Kohli is an Indian cricketer and the captain of the Indian national cricket team in ODIs and Tests. Kohli is born on 5 November 1988 in Delhi. He is considered one of the best batsmen of his era. Kohli has a tattoo of his zodiac sign Scorpio in his upper right arm, a Japanese samurai warrior with a sword, and one more tattoo on his right hand.

Kevin Peter Pietersen MBE is a cricket commentator, conservationist, and former England international player born on 27 June 1980 in Pietermaritzburg, South Africa. Kevin has a tattoo of three lions followed by the Roman numeral DCXXVl which is 626. He was the 626th player to play for England. He even has Sanskrit texts inked on him.

Shikhar Dhawan is an Indian international cricketer and a former limited-overs captain born on 5 December 1985 in New Delhi. He is considered one of the best opening batsman in the world. He has tattoos on his right arm which is a combination of Arjuna, a character from Mahabharat symbolizing determination, Lord Shiva, and Baba Deep Singh, a hallowed martyr of Sikhism

Brendon Barrie McCullum ONZM is a New Zealand cricket coach, commentator, and former cricketer born on 27 September 1981 in Otago, New Zealand. McCullum has a tattoo on his arm It is the scroll that contains the Roman numerals CXXVI (126), XLII (42), and CCXXIV (24). The numbers denote his position on the lists of players who’ve represented the Kiwis in Test cricket, one-day internationals, and Twenty20 matches.

Dale Willem Steyn is a South African former professional cricketer born on 27 June 1983 in Transvaal Province, South Africa. He is often regarded as one of the greatest fast bowlers of all time and the best Test bowler of his generation. Dale Steyn has tattoos on his arm which add extra colors to his personality just like his tattoos.

Mitchell Guy Johnson is an Australian former cricketer born on 2 November 1981 in Queensland, Australia. Johnson was considered to be one of the greatest fast bowlers of his era. On his arm, There’s a tattoo of Japanese koi, some cherry blossoms that have a meaning of luck. A cat tattoo on his left torso.

Christopher Henry Gayle, OD is a Jamaican cricketer born on 21 September 1979 in Kingston, Jamaica. Gayle is widely regarded as one of the greatest batsmen to have played Twenty20 cricket. Gayle has a lion mane tattoo on his chest attached with wings on both sides of the mane.