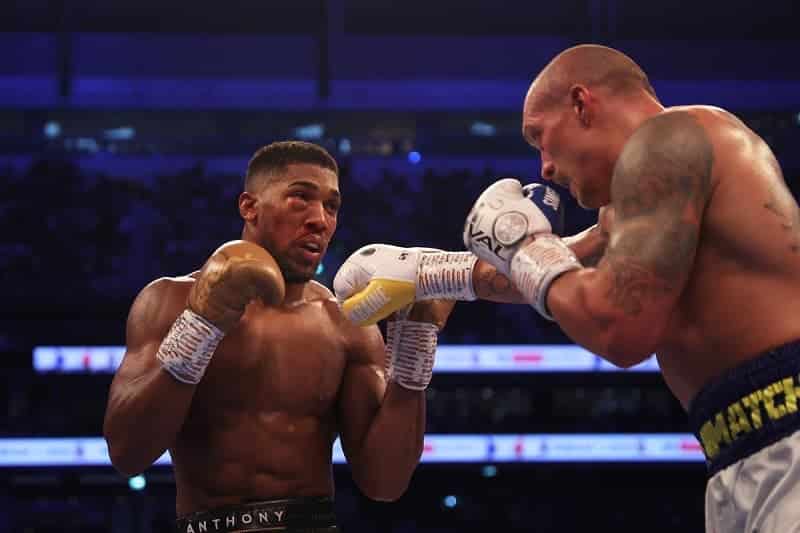 There are various rumours that the rematch will take place in April. Joshua was WBA(Super), IBF, WBO and IBO heavyweight champion and Oleksandr was former undisputed cruiserweight champion and the WBO’s heavyweight mandatory challenge. Let’s have a look at the Anthony Joshua vs Oleksandr Usyk 2022 Fight Date, Time, PPV Price, Odds, Location, And Latest News and everything you need to know.

Anthony Oluwafemi Olaseni Joshua is a British boxer born on 15 October 1989 in Hertfordshire, England. Joshua started his professional career on 11 July 2013 and has achieved many milestones including two-time former unified world heavyweight champion and having the WBA(super), IBF, WBO and IBO titles from December 2019 to September 2021 and earlier from 2016 and June 2019. He was also a British and Commonwealth champion from 2015 to 2016.

Oleksandr Oleksandrovych Usyk is a Ukrainian boxer born on 17 January 1987 in Ukrainian SSR, Soviet Union. On 9 November 2013, Oleksandr made his professional debut and has held many titles including champion in two weight classes and unified WBA (super), IBF, WBO and IBO. He is also the undisputed cruiserweight title from 2018 to 2019. Oleksandr has not lost any match yet.

Reports and rumours say that the rematch will take place in April 2022, however, the exact dates have not been confirmed yet and will be updated once the official announcement is made. In 2021, the match was fought on 25 September 2021 in Tottenham Hotspur Stadium. This rematch is also rumoured to take place in England. We will have to wait further for the official announcement.

The PPV price has not yet Been revealed by the authorities and will be updated as soon as any official announcement is made. In their previous fight, Anthony made $13.7 million and Oleksandr made $4.1 million. Both the fighters are reported to encash more amount of money this time.

Joshua is now +165 underdog, which is opposite from last time when he was -285 favourite. Odds are changed when Joshua was defeated twice and lost the championship in two years.

The previous bout was fought in Tottenham Hotspur Stadium which is the third-largest stadium in England with a capacity of 62,850. The current venue for the bout has not been announced but reports say that the rematch will take place in England itself and Joshua will be much more fierce and can expect a very intense fight.