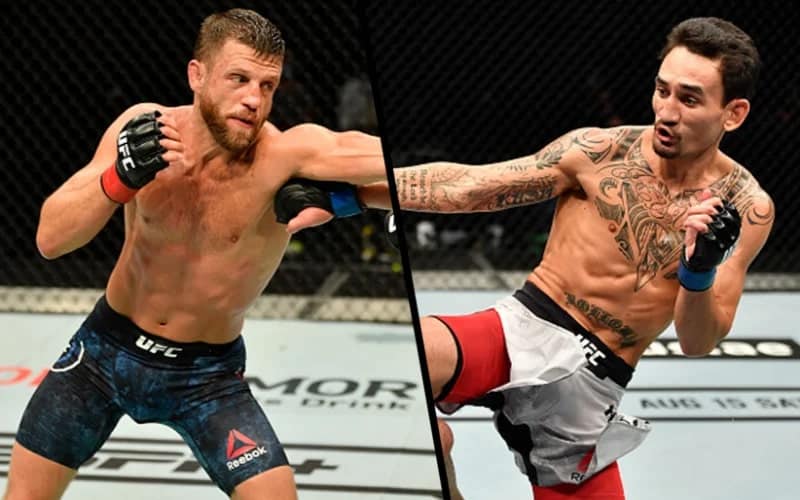 Even though the main matches for the year have concluded, we cannot forget the moments that were unbelievably surprising. Shocking UFC Moments. Ultimate Fighting Championship is one the boxing matches that always manage to surprise and shock the audiences with the kind of punches the players have been training to perform in the ring.

Fans have experienced a few moments which left with their jaws on the floor while watching the matches in the ring. This year 2021, has seen its fair share of shocking moments inside the UFC. Some of these moments have made an impact in the minds of the fans. So lets take a look at the 10 most shocking UFC moments of 2021.

Here are the top ten moments that stood out in front of fans when the the matches were played for this year 2021. So lets check out and refresh those moments that were unbelievable to look at. The order is in the form of descending order, which is it starts with the number 10 to number one.

The bout between Poirier and McGregor was just enough to get into the top 10 UFC fights in 2021. Poirier defeated “The Notorious” McGregor in the main event of UFC 257. Even after getting some tough punches from McGregor, midway through the second round, the fight ended with a TKO victory for Poirier.

In 2015, Munhoz won the fight due to the unanimous decision of the judges. What was witnessed is that, the fight between Munhoz and Rivera didn’t go as Munhoz has previously imagined. So, this time “The Young Punisher” came to get redemption. Even though Rivera’s leg looked pretty bad at the end of the fight, “El Terror” didn’t give up.

The 8th fight on our list is the Dober vs. Riddell. Incase you are wondering what makes this match special is that the two fighters have torn the house down in Glendale, Arizona. Right after the opening sound of the bell, Riddell made an effort to say it out load that he came to the Octagon to win. Undoubtedly, both of them fired some heavy shots during the fight. However the match was dominated by Riddell, who was the better fighter this time.

When the names of these two players are announced to feature in a fight ,the Davis vs. Jones fight at UFC Fight Island 8, all we can say that there was no rest given to either of the opponents “Beast Boy” or “The Dragon”. It was witnessed that during the three rounds, an impressive number of 225 strikes were landed. Due to the judges’ unanimous decision, Davis left the Octagon as a winner.

After the Ponzinibbio vs. Baeza fight at UFC Vegas 28, many people referred the match as the Fight of the year, as it was jaw dropping. It’s not surprising considering the fact that the two welterweight fighters turned the fight into a real war. Ponzinibbio found himself in trouble in the first round but then in the upcoming rounds, he tried to bounce back, which resulted quite impressively. In the end, he defeated Baeza by unanimous decision.

It is known that there is always one such match that gets the semi-stardom with an impressive knockout win. One such event of 2021 was the turn of Terrance McKinney. The lightweight prospect began the year as a complete unknown, but after putting together three wins in a row on the regional circuit, the UFC came knocking at late notice, giving him an opportunity at UFC 262.

The fourth thrilling match was witnessed when Volkanovski vs. Ortega had faced each other. This was another epic UFC fight where featherweight champion Volkanovski successfully retained his title against Ortega. Volkanovski had an outstanding performance and controlled the bout from the start. Even though the third round was tough on him.

The 3rd memorable moment of UFC includes, the Oliveira vs. Chandler was a great. In the first round, Oliveira took Chandler’s back and got his body locked up in a triangle. Later on, at one point Chandler managed to get off the body triangle. Next what happened was, Chandler landed a powerful punch in Oliveira’s face.

Then, in the second round, with a strong punch, Oliveira left Chandler wobbling. From there for Micheal Chandler there was no coming back, Oliveira finished him and won the UFC’s lightweight belt.

At 2nd we have Prochazka vs. Reyes fight at UFC Vegas 25 which ended with one of the most violent KOs in recent years. The light heavyweight fighter Prochazka took complete control at the early stages in the bout by bloodying Reyes’ face. However, Reyes chose not wanting to give up so easily, so he made a comeback with a series of counterpunches. However, the comeback was short-lived, as Reyes was left unconscious by Prochazka’s spinning back-elbow.

At number one, that tops the list of the most shocking moment of UFC for the year 2021, we have Holloway vs. Kattar which was UFC Fight Island 7. Both Holloway and Kattar are among the best UFC fighters who play in the featherweight division. This fight could be remembered for many reasons. Firstly, the intensity of the match was phenomenal, as Holloway was pressed to prove his talent after his previous two losses.

Eventually, Holloway was able to keep the pressure on for the full 25 minutes of the bout and beat Kattar. One of the unforgettable moments of the fight was when at one point Holloway shouted, “I’m the best boxer in the UFC, baby!”.